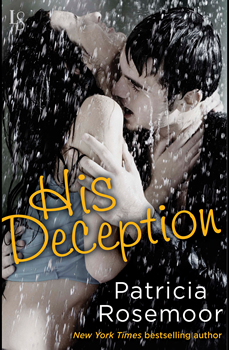 Being a working writer for the long term means keeping up with the market. We call it “reinventing ourselves” and I’m not sure anyone has done it more often than I have. When I decided I wanted to write for a living, I knew I wanted to write romance with mystery and suspense, but, at the time, no publishing house was buying that kind of story.

My first novel was a young adult romance. The next several were romantic comedy, several with suspense elements (these were written with a partner). And then Harlequin started publishing romantic suspense. I wrote fifty-three Intrigues and reinvented myself there at least twice when the market shifted. That became very clear to me last month when I republished Ticket to Nowhere and Torch Job, a couple of backlist titles that were mystery-based with some suspense and thrills, and the romances had quite a bit of humor. My current novels are much darker and more thrilling. Along the way, we were told to up the romance and the books suddenly had more heat. Then, when the “supernatural” became popular, I added paranormal romantic suspense to my curriculum vitae. I wrote other things for other lines and publishers as well, including urban fantasy and yes, horror—all combining some form of suspense/thriller with romance.

Two years ago, I landed at Loveswept, Random House’s digital romance line. I loved writing Dangerous, a dark romantic thriller with a bizarre serial killer—I was allowed to go darker than ever before. But a request by my editor on the next project meant I needed to reinvent myself again—writing romantic suspense with suspense as the secondary element to come in play after the romance was established. That was a new one for me since suspense has always been my strong suit.

My editor and I brainstormed a bit and she said she’d always wanted to buy a “secret bodyguard” story. Aha, that was it! I immediately saw that I could develop a relationship between hero and heroine with him knowing there was danger coming for the heroine (and thereby cluing in the reader) but giving the relationship the time readers apparently wanted before being thrown into the action. The result? HIS DECEPTION.

Once I had the basic idea, I needed to know why there was danger coming. Someone was trying to get to the heroine’s wealthy father through his children. Because I’m interested in using current issues, I decided one of the father’s companies made weapons for the military and the authorities, but one of those assault rifles got into the wrong civilian hands and ended up on a college campus. Someone connected to one of the seven murdered kids wants revenge by killing one of the company owner’s children in return. The tragic irony here is that one week after I turned in the revised manuscript, the Oregon college shooting left nine dead, another nine wounded. And it made me wonder what dark thoughts went through the minds of those grieving parents.

After a soft start—I’m used to going in with a bang rather than working toward it—I added more mystery and more danger all the way to an action finish. My editor loved it, which was a relief. Seriously. Trying something new can be nerve-wracking at any stage of a writer’s career. And that is what I’ve always strived for. A long term career. HIS DECEPTION is my 98th novel in a 33-year career that has survived the shifting sands of a constantly-changing industry. 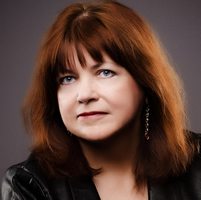 Patricia has won a Golden Heart from Romance Writers of America and two Reviewers Choice and two Career Achievement Awards from Romantic Times BOOKreviews, and in her other life, she taught Popular Fiction and Suspense-Thriller Writing at Columbia College Chicago.

To learn more about Patricia, please visit her website.