Who Can You Trust? The Reemergence of the Unreliable Narrator 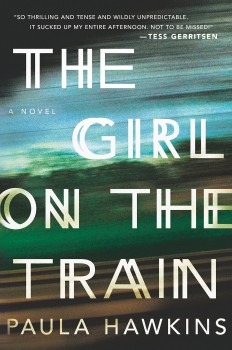 From Agatha Christie’s groundbreaking novel The Murder of Roger Ackroyd to Daisy Goodwin’s The King Worth Killing, the literary landscape is littered with classic examples of unreliable narrators—who could forget Humbert Humbert in Lolita, Alex in A Clockwork Orange, or even the unnamed narrator in Fight Club?

But in more recent years, the trope has enjoyed a revival of sorts, with novels like Gillian’s Flynn’s Gone Girl and Paula Hawkins’ The Girl on the Train vaulting onto global bestseller charts and worming their way into the hearts—and minds—of previously reluctant readers.

“I remember reading Chris Lynch’s book Inexcusable years ago and being blown away by the intensity of the writing and the story,” says Eve Porinchak, a literary agent with the Jill Corcoran Agency. “Basically we are sucked into this world of a ‘good guy’ who finds himself accused of an unspeakable crime. Of course, things aren’t always what they seem. And we, the audience, begin to feel like jackasses for letting ourselves get sucked in—because we want to believe that people are good and honest.”

It’s this exploration of the human psyche that not only keeps the pages turning but also creates chillingly relatable characters that often have us looking inward.

“Unreliable narrators remind us that humans are complex and that there is a vast moral compass that exists within us all,” says avid reader and book blogger Kathy Coe. From the jilted and vengeful Amy in Gone Girl to tragic alcoholic Rachel in The Girl on the Train, maybe there’s a bit of but for the grace of God go I in the characters.

This unpredictability, coupled with generally shocking plot twists, provide a solid backdrop for spine-tingling reads—even if the most alarming aspect is the uncomfortable realization that you have more in common with the protagonist than you’d like to admit.

“For me, the hallmark of a great story is the element of surprise; I love being led down a road where I think I know exactly where I’m headed and then…Wow, didn’t see that coming!” says literary agent Porinchak. “Call it the M. Night Shyamalan Effect. I mean, you’d be lying if you said you didn’t slap your forehead at the end of The Sixth Sense, and go, Holy Crap! What? Brilliant! But, if you replay that movie, you’ll see that you get clues in every single scene.”

After Gone Girl, other unreliable narrators understandably popped up, many to great effect such as Lisa Unger’s In the Blood. But not every writer has pulled it off.

“I read one new novel where the unreliable narration didn’t work at all. In fact, it ruined the entire book,” says Porinchak. “It was a somewhat psychologically intriguing story until the last chapter where it was like, Ha! This was all one big fat lie. Psych! THE END. It’s the cliche we make fun of all the time….It was all a dream…tacked on to the end. To me, that’s not an effective unreliable narrator. That’s just cheap.”

Luckily, the reader doesn’t need to like your character—indeed, some unreliable narrators are very unlikeable—but they do need to be able to understand the character’s motivations.

“The Girl on the Train is a good example of how an unreliable narrator works well. What Paula Hawkins has done with Rachel is she’s created a basically good, decent character who we root for because we feel sorry for her,” says Porinchak. “Barren, divorced, lonely, and an alcoholic, we love Rachel like we would love a cold, wet abandoned puppy. But, the kicker is that any one of us could be her.”

The draw of the unreliable narrator is strong, and other debut authors are getting into the act. Aoife Clifford’s psychological thriller, All These Perfect Strangers, debuting in July 2016 from Alibi (Random House), brings readers Pen Sheppard, an 18-year-old university student eager for a fresh start.

On the first page of the book is the line, “This story could be told a hundred different ways.”

“That is both a warning to the reader as well as an invitation,” Clifford says. “Pen is going to tell her version of events, but you as the reader need to make up your own mind as to who is guilty here. Pen is not only unreliable, she’s also a reluctant narrator. She doesn’t really want to tell what has happened to her, but she knows how difficult it is to keep a secret, so she compromises.”

Either from ignorance or self-interest, an unreliable narrator speaks with a bias, makes mistakes, or in some cases, lies. As the story unfolds, the writer must ensure that the reader begins to understand the character more, so if the character’s credibility is compromised, it’s believable.

“One of my favorite novels is Karen Joy Fowler’s We Are All Completely Beside Ourselves. A book that I think demonstrates that unreliability is actually part of our D.N.A,” says Clifford. “Her narrator withholds crucial evidence and deliberately shapes the narrative, starting in the middle, to avoid revealing answers too soon. Rosemary’s unreliability allows one of the best twists in modern literature, while giving us a masterclass on character, sibling relationships, and what it is to be human. Perfect writing.”

Book blogger Kathy Coe has similar feelings about Amy Dunne from Gone Girl, the book that catapulted this complex character trope back into the spotlight.

“Gillian Flynn has written a character and novel that stayed with me long after I was done the book,” she says. “The greatest accomplishment of this novel was not only surprising the reader, but crafting characters that are as flawed as Nick and Amy and still making you care about them—and the outcome of their story.”

Which isn’t nearly as simple as Flynn made it look.

“If the character is flat, not only will the reader be picking apart the plot, the impact will be lost because there is no investment,” Coe says. “Indifference is the worst thing I can feel for a character as a reader. Make me hate them, love them, or anything else, but make me care enough to form an opinion.”

As with most trends from literature, the unreliable narrator trope has bled into pop culture, with the emergence of television shows like Showtime’s The Affair and USA’s Mr. Robot— both of which are doing interesting things with point of view. For Coe, the “unreliable” angle is only one—and perhaps not the most important—factor that holds her attention.

“What kept me hooked on Mr. Robot was Elliott,” she says. “The character had this innocence even when doing morally questionable things. It also didn’t hurt that the story and world he was a part of were equally compelling. It was a perfect storm of plot, character development, and pacing.”

All important factors that aspiring scribes should consider when venturing into the somewhat dicey exploration of the unreliable narrator.

“There are plenty of amazing stories to tell that would lend themselves to this style of narration,” she says. “I do however think it may become a victim of it’s own marketing. What hook do you have that isn’t the unreliable narrator? That’s what’s going to draw my interest.”

Between the Lines with Story Master Steven James