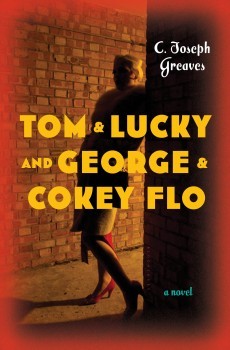 The year is 1936. Charles “Lucky” Luciano is the most powerful gangster in America. Thomas E. Dewey is an ambitious young prosecutor hired to bring him down, and Cokey Flo Brown–grifter, heroin addict, and sometimes prostitute–is the witness who claims she can do it. Only a wily defense attorney named George Morton Levy stands between Lucky and a life behind bars, between Dewey and the New York governor’s mansion.

As the Roaring Twenties give way to the austere reality of the Great Depression, four lives, each on its own incandescent trajectory, intersect in a New York courtroom, introducing America to the violent and darkly glamorous world of organized crime and leaving our culture, laws, and politics forever changed.

Based on a trove of newly discovered documents, Tom & Lucky (and George & Cokey Flo) tells the true story of a singular trial in American history: an epic clash between a crime-busting district attorney and an all-powerful mob boss who, in the crucible of a Manhattan courtroom, battle for the heart and soul of a dispirited nation. Blending elements of political thriller, courtroom drama, and hard-boiled pulp, author C. Joseph Greaves introduces readers to the likes of Al Capone, Dutch Schultz, Meyer Lansky, and Bugsy Siegel while taking readers behind the scenes of a corrupt criminal justice system in which sinners may be saints and heroes may prove to be the biggest villains of all.

“A strong literary voice who can render period with authority and violence without sensationalism.”
~Publishers Weekly 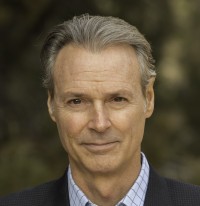 A Shamus Award finalist (as Chuck Greaves) for his Jack MacTaggart legal mysteries HUSH MONEY, GREEN-EYED LADY, and THE LAST HEIR (all from Minotaur), C. Joseph Greaves is also the author of the historical/true crime thrillers HARD TWISTED and now TOM & LUCKY, both from Bloomsbury. Greaves’ books have been finalists for other national honors including the Rocky Award (Left Coast Crime), the Reviewers’ Choice Award (RT Reviews), and the Audie Award (Audio Publishers’ Ass’n), as well as the New Mexico-Arizona, Colorado, and Oklahoma Book Awards.