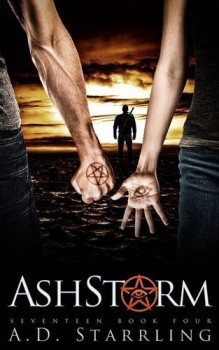 ASHSTORM is the fourth novel in the award-winning thriller series Seventeen by A.D. Starrling. The other novels in the series have been nominated for and won several awards since their publication in 2012, with the third novel Greene’s Calling being a finalist in the 2015 Next Generation Indie Book Awards.

This month, Starrling answered a few questions for The Big Thrill about the series that fans can’t get enough of.

The Seventeen series comprises an unusual blend of history, science, action, suspense, and an intriguing supernatural twist on the concept of immortality. Tell us how you came up with the series idea for Seventeen.

Seventeen started life with a simple but striking image. Imagine the number seventeen written in blood-red paint on a black marker stone. Imagine that stone standing in the middle of a deserted sandbank in a tropical lagoon halfway on the other side of the world. How did it get there? What did it mean?

Those thoughts went through my mind when I found myself staring at one such marker stone while visiting my home country of Mauritius several years ago. I decided to enter the British Fantasy Society Short Story Competition the following year, and elected to use that image as inspiration.

After toying with several ideas, I chose to write about a man who could die up to seventeen times. That short story made the finals of the BFS competition and was the beginning of Soul Meaning, the first novel in the series.

How many books will there be in the Seventeen series?

At the time I wrote Soul Meaning, I had a vague idea this was going to be a trilogy. By the end of the first novel and halfway through writing King’s Crusade, book two in the series, I realized the Seventeen universe was larger and more complex than I had initially imagined. I sat down, created the backstory to the series and an overarching plot line that would span six books and bring a whole range of interesting protagonists and secondary characters into play.

The rising demand for shorter reads started to appear on my radar sometime last year. I decided to write six short stories that would complement the novels and I’ve released one short story every month since January. These short works have been fun to do and a great gift to my readers, who have enjoyed finding out intriguing backstory about some of their favorite characters. Due to popular demand, I am now toying with the idea of writing another series of shorter works based in the Seventeen universe.

You have an interesting day job. You are a part-time neonatologist in the United Kingdom. How has your career impacted on what you write?

Medicine has given me a strong foundation to be a writer. The discipline, focus, and ambition required to be successful at this business are traits that have been ingrained in me for twenty years. The other great advantage of my background is the science. There is a lot of chemistry, physics, and more important biology in the Seventeen series. The fact that I am able to deliver complex scientific information in an intelligent and easily digestible fashion is something my readers have greatly enjoyed.

Will you continue to write in the thriller genre?

Quite likely yes. However, I believe writers should experiment and write in other genres. I started out in humorous fantasy and completed two novels in a ten-book series before Seventeen became my focus. I have also written two horror short stories in the interim; the first short story will be expanded into a novel in the next few years by popular demand from my editors and fans, and the second is about to be published in an anthology. I am excited to discover what else I will be able to write in the future and how I will continue to grow as an author. 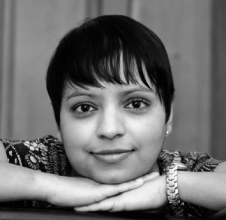 Born on the small island nation of Mauritius in the Indian Ocean, A.D. Starrling came to the UK at the age of twenty to study medicine. After five years of hard graft earning her MD and another five years working all of God’s hours as a Pediatrician, she decided it was time for a change and returned to her first love, writing. Her thriller series Seventeen combines action, adventure, science, and a dose of the paranormal to make each book an explosive, adrenaline-fueled read. She still practices medicine part-time.

To learn more about A.D. Starrling, please visit her website.