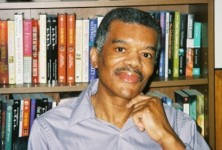 Andrew Zack
Andrew Zack is a veteran literary agent and author coach who has worked with a broad range of fiction and nonfiction authors.Working in-house or freelance, he has edited titles for Warner Books, Donald I. Fine, Berkley Books, Dell, Avon, and Forge Books.A literary agent for nearly twenty years, he established Author Coach, LLC to work with aspiring authors in need of editorial assistance and query-letter advice, as well as general publishing guidance.