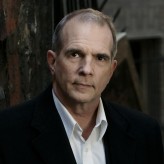 John A. Connell is the author of Ruins of War (May 5, 2015), with the second in the Mason Collins series, SPOILS OF VICTORY, being released on February 2nd. John has worked as a cameraman on films such as Jurassic Park and Thelma and Louis and on TV shows including NYPD Blue and The Practice. He is also proud to be a contributing editor for The Big Thrill. Georgia-born, John now lives in Madrid, Spain, and is madly working on the third in the series.

By John A. Connell The horror of a pathogen is that it’s an invisible killer, striking at random, dispassionately, ruthl…

By John A. Connell Alan Jacobson, national bestselling author of critically acclaimed novels, has done it again with thi…

By John A. Connell When I was asked to write an article about Rick Mofina and his new book, EVERY SECOND, I thought, “Th…

By John A. Connell Award-winning author JL Merrow describes herself as a rare beast, an English person who refuses to dr…

By John A. Connell There is a whole world—literally—of thrillers and mysteries being produced in non-English speaking co…

By John A. Connell “There was no reason for Elizabeth Knoebel to suspect that this was going to be the last day of her l…