Best Selling author Diane Capri has two action packed books coming out back to back. First is Book #7 of The Hunt for Jack Reacher Series DEEP COVER JACK. Then comes BLOOD TRAILS, a new series. Diane Capri is the New York Times, USA Today, and Amazon bestselling author of numerous series, including the Hunt for Justice and Hunt for Jack Reacher series and the Jess Kimball Thrillers .A former lawyer, she now divides her time between Florida and Michigan. Capri has been nominated for several awards, including the International Thriller Award, and she won the Silver award for Best Thriller e-Book from the Independent Publishers Association. She is currently at work on her next novel.

Diane, you’ve got two books coming out. Tell us about them.

In DEEP COVER JACK, FBI Special Agents Kim Otto and Carlos Gaspar pick up where Lee Child’s “Persuader” leaves off in The Hunt for Jack Reacher. In this exciting follow-up to the ITW Thriller Award nominated “Jack and Joe, Otto and Gaspar will wait no longer. They head to Houston to find Susan Duffy, one of Reacher’s known associates, determined to get answers. But Duffy’s left town, headed for trouble. Otto and Gaspar are right behind her and powerful enemies with their backs against the wall will stop at nothing to keep the secrets Reacher left behind.

Hunting Jack Reacher is deadly business — and lots of thrills.  As Lee Child put it when this series was being conceived, “Who in their right mind would go looking for Reacher?” Otto and Gaspar are on the hunt and have lived to share their adventures with us — so far.

BLOOD TRAILS, a completely different series, tells the story of Michael Flint, an heir hunter of last resort. A forensic genealogist and former clandestine agent specializing in high-end private investigations, he promises clients he can find anyone, anytime, anywhere—dead or alive. Laura Oakwood stands to lose more than $50 million in mineral royalties if she’s not found within seventy-two hours. But she presents an extra challenge: she’s been running from the law due to her involvement in a deadly armed robbery twenty-eight years ago.

What can you tell us about your book that we won’t find in the jacket copy for the Hunt for Jack Reacher series?

It’s very difficult to write this series, and Deep Cover Jack was no exception. My books in this series have a long list of rules and coloring inside the lines is quite a challenge. In Deep Cover Jack, Otto and Gaspar are battling one of the biggest blizzards to hit the east coast on Thanksgiving weekend while they attempt a rescue from a remote location on the Maine coast, a fortress Reacher breached in Persuader. Reacher survived then. Everything about this story was a challenge. How about BLOOD TRAILS? What should readers take away from this book?

For Blood Trails, my research revealed that billions of dollars in unpaid oil and gas royalties rest in state coffers. That money becomes the property of the states if the rightful owners do not claim it. Those rightful owners often don’t know the money exists. Many states have dormant mineral rights laws which provide a process for finding missing heirs and settling their claims. Land men attempt to find those owners and collect a finder’s fee when they succeed.

Was there anything that surprised you, as you wrote this book?

Lots of things. One important scene involves helicopter auto-rotation. When a helicopter engine quits, a skilled pilot can land without crashing if he can use auto-rotation effectively. The experience can be harrowing, though, especially if you’re a passenger who doesn’t see it coming.

Like most writers, I’m an avid reader and have been since childhood. Everything I’ve read over the years influences my writing in one way or another. But in the case of my Hunt for Jack Reacher series, the two biggest influences were Lee Child and John D. MacDonald. Why? Without Lee Child, my series wouldn’t exist because there would be no Reacher to hunt. And without John D. MacDonald, Reacher might not exist. Before Reacher, Travis McGee paved the way. My earliest influence was probably Erle Stanley Gardner. His Perry Mason inspired me to become a lawyer. And lawyering is nothing more than writing mystery and thriller with a better paycheck.

What if you found yourself in Doctor Who’s TARDIS and The Doctor offered to take you to any place and time you want to go.  When and where would you want to go?

There were amazing historical figures I’d love to meet and pioneers with amazing futures ahead, but I can’t choose just one. Astonishing writers I’d like to join for dinner so I could soak up their best stories.  But also family members I’ve loved and lost and miss every day, for just one more hour, one more hug. Diane Capri is the New York Times, USA Today, and Amazon bestselling author of numerous series, including the Hunt for Justice and Hunt for Jack Reacher series and the Jess Kimball Thrillers. A former lawyer, she now divides her time between Florida and Michigan. Capri has been nominated for several awards, including the International Thriller Award, and she won the Silver award for Best Thriller e-Book from the Independent Publishers Association. She is currently at work on her next novel. 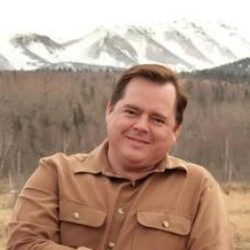