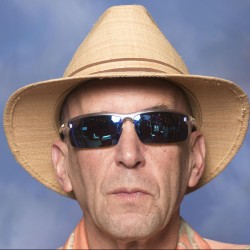 Ken Isaacson has practiced law for thirty-five years, having graduated from MIT and Columbia Law School. He began his legal career on Wall Street, and today he is general counsel to an international transportation company. Lawyers write for a living, and many think it’s all fiction. Ken decided to abandon all pretenses and write stuff he could admit was completely made up, so now he writes crime fiction. His first novel, SILENT COUNSEL, won critical acclaim, and upon its 2007 release spent an entire month on Amazon's list of bestselling legal thrillers behind only Harper Lee's TO KILL A MOCKINGBIRD, and John Grisham's THE APPEAL. Visit Ken online at www.KenIsaacson.com.