Karen E. Olson, well-known author of the Annie Seymour and Tattoo Shop mystery series, launches a new series with Severn House Publishers. The first book, HIDDEN, features Nicole Jones, a woman who has been hiding for years from her past and her criminal-hacker skills . . . till her serene refuge is invaded.

HIDDEN sounds like quite a departure from your previous books—and it’s definitely not a cozy. How would you describe it?

HIDDEN is a suspense thriller.

And would you share your elevator pitch for HIDDEN?

Nicole Jones has been a fugitive for fifteen years, living under the radar on Block Island, off the coast of Rhode Island, until one day someone from her past shows up on the island and she discovers that her hiding place is no longer the safe haven that it’s been.

What led you to write HIDDEN—is this something you’ve been planning for years or did the idea just come to you one day?

I read a story online several years ago about a bank theft by computer hackers back in the mid-1990s and thought it might be a good basis for a book. When I actually started writing it, I had no idea how much cybercrime would be in the news just a few years later.

HIDDEN is the first in a series. I have already written the second, Shadowed, and it will be out in the UK on February 28 and in the US on June 1.

This book was definitely harder to write than my first two series. Annie Seymour was a character I knew well after working in newsrooms for so many years. I have lived in the New Haven area for most of my life, so the setting was more than familiar. It was definitely a “write what you know” book, and I was comfortable with it and with Annie’s voice. Brett Kavanaugh was a little more of a challenge, since I don’t have a tattoo and am not an artist and don’t know Las Vegas beyond visiting it three times, but Brett’s voice was comfortable. I used a lot of humor in my first two series.

HIDDEN has a completely different tone and style than my other books, which made it very difficult to write at times. I challenged myself by writing in the first person present tense. While I do know Block Island, I have had to do a lot of research about computers and hacking. I think I must be on some sort of government list because of the things I’ve Googled and the books I’ve bought and taken out of the library. There were a lot of times I thought I would just abandon it and go back to what I was comfortable writing, but I really wanted to find out if I could do it, if I could pull it off. The handful of reviews I’ve seen through Netgalley and on Goodreads so far have proved that I could, and I’m really pleased about that.

Could you tell us something about your writing process? Where do you write? How many hours a day, days a week? Do you compose by hand or on a computer and are you a plotter or a pantster?

I have a very sporadic writing process. I have a part-time day job editing a medical journal at Yale, so that’s what I do the first half of the day. I then go to the gym for an hour. So I really don’t start writing until later on in the afternoon. I have a friend, historian Thomas Fleming, who at eighty-nine is still writing a book a year, and who told me early on that four pages a day would mean I’d have a book in three months. It takes me about an hour or two to write four pages. I write on the computer, and I don’t generally outline, although with HIDDEN and Shadowed, I knew where the stories were going when I started. I actually wrote the epilogue for HIDDEN right after writing the first chapter.

And how long did it take you to write HIDDEN?

I started the book in 2009, when I found out that Shot Girl would be the last in my Annie Seymour mystery series. I wrote about thirty pages of HIDDEN, but then stopped because my editor at Penguin asked if I would write a mystery series with a tattoo shop owner protagonist. After that series ended in 2011, I went back to HIDDEN off and on in between other projects, until two years ago when I got back into it full force.

What was the most difficult thing you encountered in writing HIDDEN?

There were so many difficult things that I encountered with writing HIDDEN that I don’t know if I can pinpoint any one thing. I actually started calling it my Manuscript from Hell when I referred to it on Facebook. Like I said, this book really challenged me as a writer in so many ways.

And what did you enjoy the most about writing this book?

I loved writing about Block Island. It is truly one of the most serene, beautiful places I’ve ever been. I really wanted to show the island to my readers through Nicole’s eyes, to show them what she sees and what she loves about it.

Did anything about writing this book surprise you?

I really began to like Nicole. I started out knowing what her past was, knowing she was a fugitive and a criminal, and I didn’t like her very much. But the more I wrote her and the more complex I realized she was, the more I began to like her. She is not an unreliable narrator, but she does evade the truth because she knows her own faults and that she’s done wrong. I can’t blame her for that.

What are you writing next?

I have just finished Shadowed, the next in the series. It proved to be just as difficult to write as HIDDEN, mainly because I’d originally written HIDDEN as a standalone and I didn’t think there would be another book. But once I started, I realized that Nicole’s story wasn’t over yet and I really like the direction in which her story is going.

Where can we find you online? Will you be doing any readings or speaking at any conferences?

I am on Facebook, Instagram, Twitter (although not quite so frequently), and Goodreads. I’m always at Bouchercon every year. It’s hard with my job to travel too far, although now that my daughter is in college, it might be easier. I will be doing local events, and everything is listed on my website at www.kareneolson.com.

You’re just back from a vacation—how was it? When on holiday do you take a complete break from writing or does your writer side come up with ideas for new books?

In August my family went to Montreal and Quebec City for a few days as a “last” family vacation before my daughter went off to college for the first time. Montreal is only a six-hour drive from New Haven, so it’s very doable. Normally I like to leave work behind me, but some of Shadowed takes place in Quebec, so I did do some research while we were there. We’ve been a few times before, so it’s not unfamiliar, but there have been some changes since the last time we were there that I needed to incorporate in the book. Normally, I am a firm believer in taking real time off for sanity purposes. Karen E. Olson is the author of the Annie Seymour and Tattoo Shop mystery series. She won the Sara Ann Freed Memorial Award and was a Shamus finalist. She lives in Connecticut. 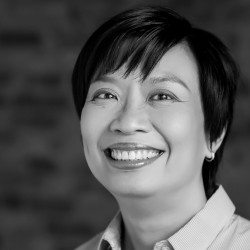 Latest posts by Ovidia Yu (see all)
0
No Comments Yet