If you’ve ever wondered what goes on in the minds of police officers, pick up one of Ellen Kirschman’s books. Her latest, THE RIGHT WRONG THING, takes psychologist Dot Meyerhoff behind closed doors and into her sessions with cops in crisis. It is a world where outsiders are unwelcome and closed ranks are the norm. When rookie officer Randy Spelling shoots an unarmed pregnant teen, it is the catalyst for a series of events that tears the community and the department apart.

For over thirty years you’ve worked with police and first responders. What first made you interested in specializing in this area?

I was working as a social worker in an outpatient psychiatric clinic. Several of my clients were married to cops who were struggling with depression, nightmares, post-traumatic stress, angry outbursts, and alcoholism. These women needed help and there was none available. I decided to start a support group for police wives and the response was so overwhelming it drove me back to school for my doctorate and later on to write I LOVE A COP. Today police families have a lot of support and acknowledgement. I’m gratified to have been part of that beginning effort.

Is there anything you would like to see changed in the way police departments handle the psychological health of their officers?

I would like to see every agency, big or small, have a confidential peer support program including family members as peers, family orientations at first hire and again every five years, a chaplaincy program, supervisors who are knowledgeable about spotting mental health issues and compassionate when talking to their officers, and easy access for officers and their families to culturally competent, confidential, low-cost counseling. I’d like to see police academies devote more time to teaching officers and their families how to manage stress and develop resilience, and I’d like to see field-training programs incorporate behavioral science principles and promote wellness, both physical and psychological.

What was it that made you decide you wanted to be a fiction writer?

You may think I’m delusional, but after writing three non-fiction books, I actually thought it would be easier to make things up. I was wrong. Think of non-fiction as the literary equivalent of twenty-five term papers strung together by colorful case histories. Readers can put them down and pick them up without losing the thread or read only the chapters that are relevant to their concerns. Fiction, on the other hand, is a fragile dream, easily interrupted by a jarring word, an implausible action, or an unbelievable character. Writing fiction is freeing. It allows me to say things that would have been inappropriate when wearing my psychologist hat. It also gives me the opportunity to even a few scores. I have a lot of fun taking pot shots at my fellow clinicians, some ex-husbands, and all the cops who avoided me like the plague because they thought I couldn’t be trusted not to leak everything they said to the chief.

Was there a particular message you wanted to portray with this book?

These are hard times to be a cop. The headlines are horrible and the entire profession of law enforcement is tainted by the actions of a few. I hope to give readers a better understanding of the job and more compassion for the emotional toll it takes on officers. Shootings are remarkable and infrequent events. Most officers will never shoot their guns in the line of duty except on the firing range. The majority get cooperation from people they are trying to arrest using only verbal commands.

When an officer is involved in a shooting, he or she will temporarily experience physical, cognitive, and behavioral symptoms. Time slows down or speeds up. Hands or weapons appear larger than life. Sounds are amplified or muffled. Memory degrades. So does patience. Isolation increases. It’s hard to sleep, to stop thinking about the shooting, or to engage in normal family activities. Some suffer from moral pain. The client who inspired THE RIGHT WRONG THING struggled to come to terms with having killed a person even though the shooting was deemed lawful. Like Randy Spelling, my client had nightmares and suffered from extreme guilt and remorse. Unlike Randy, she found a good therapist to help her recover.

Are there any topics you would consider taboo to write about?

I have heard writers warn other writers not to kill an animal or a child. I reject such broad advice. If a book is well written, there are no taboo topics. My current work-in-progress explores Internet crimes against children and the strain investigating these crimes has on the investigator. I do not use gratuitous violence in my books and all the bedroom doors are closed. I write what I like to read, books with interesting characters and intriguing psychological dilemmas.

In what ways are you and Dot different?

She’s younger and thinner than I am although we are both short and have similar haircuts. Dot does some crazy things I never had the guts or the need to do, such as impersonating a public official, breaking and entering, and assault with a deadly weapon. Dot’s father was a student radical who was beaten senseless by the police. This complicates how she feels about working for the Kenilworth Police Department. My father was a law-abiding card-carrying Republican.

In what ways are you and Dot similar?

It gives me great pleasure to have named Dot after my mother, Dorothy, and my maternal grandmother, Rose Meyerhoff. Dot is spunky, ethical, and never gives up. Neither do I (see the path to publishing). We are both women working in a man’s world and civilians working in a subculture where civilians are sometimes treated as stepchildren. We love a laugh, especially in the midst of serious trouble. We both know heartbreak and have found love in unexpected places. Frank, Dot’s love interest, is a doppelganger for my wonderful husband whose life I have shamelessly plagiarized.

Your book highlights the prejudice that women in the force face. Do you feel that this is lessening or is it just as difficult for women today as it was thirty years ago?

It’s better in some ways, not in others. In the three decades I have been serving the police, there are more women serving as police chiefs, but the percentage of women at the rank and file level has stayed almost the same. This is a disappointment as I think women make great cops and are less likely to use excessive force. Policing is a male-dominated profession and like all male-dominated professions women are still exposed to harassment and have to be twice as good as any man to get recognition.

Racial tensions arise in this story and the fact that racism plays a part in minorities not receiving a fair trial. Do you see this problem getting any better in recent years?

What is clear and getting clearer everyday is that people of color and white people have different experiences with law enforcement and different viewpoints about the fairness of the entire criminal justice system. There are many ways law enforcement can be improved from different hiring and training practices, better stress management, and different ways to measure productivity besides arrest statistics. It would also help if we declare an end to the war against drugs that has been an abysmal failure with particularly devastating effects on poor communities and people of color.

Tell us about your path to publication.

I LOVE A COP rattled around in my brain for a long time. When I finally got up the nerve to write it I found a publisher on my own and the book has sold over 100,000 copies. Guilford Press and I have gone on to publish two more non-fiction books together. The path to publishing mysteries has been considerably harder. My first publisher was a start-up and went out of business shortly after publishing BURYING BEN. Fortunately, the writer who introduced me to this publisher took it upon himself to keep BEN in circulation. It was an act of great kindness. It took many tries before my agent, Cynthia Zigmund, sold THE RIGHT WRONG THING to Oceanview. They’ve been absolutely terrific in every way. And I’m happy to report they also bought BURYING BEN so that he didn’t get buried twice. Aspiring writers should never give up. Keep sending out your manuscript until you find someone who loves it.

Tell us about someone who has inspired you.

I’ve been inspired by a lot of people over the years. My sister-in-law Doris Ober is a fabulous editor, writer, and coach. I’ve learned tons from her. Harriet Goldhor Lerner’s self-help books were great models for how to write a self-help book without sounding like a pompous idiot. I’m indebted to some terrible writers who made me think I could do better. And, of course, I am forever inspired by the men and women of law enforcement.

Who are some of your favorite authors?

There are so many I’m afraid to start naming names because I know I’ll leave someone out. I tend to read women writers like Louise Penny. I like literary mysteries, Scottish writers, Scandinavian writers, books set in exotic locations, and books featuring psychologists. I avoid paranormals, vampires, sci-fi, and books where cops are so over-the-top violent that they trivialize what real cops do and how hard they work.

People ask me if I’m married to a cop. I’m not. Never even had a date with one. My husband is a photographer and retired remodeling contractor. I have a BA in Dance because I once thought I was going to be a dancer. Turns out I’m too short, my hair is too curly and I didn’t have a lot of talent. Currently my exercise regime is water aerobics. My classmates love mysteries. I may be the only writer whose fans have seen her without her clothes on.

THE CUCKOO’S CALLING by Robert Galbraith, aka J. K. Rowling. That woman can write. I’m enjoying it.

How can readers connect with you? Ellen is the author of the award winning I Love a Cop: What Police Families Need to Know, I Love a Fire Fighter: What the Family Needs to Know, and lead author of Counseling Cops: What Clinicians Need to Know (2013). Her debut novel, Burying Ben: A Dot Meyerhoff Mystery (2013) is about police suicide told from the perspective of the psychologist. Ellen and her husband live in Redwood City, California. 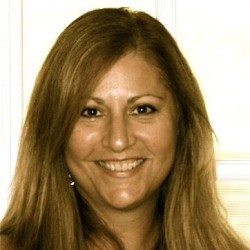 Latest posts by Lynne Constantine (see all)
0
No Comments Yet