What links a terror attack on Washington, D.C., missing girls, coded price lists, and a rogue Interpol operator? It’s up to FBI Special Agent Ellie Conway to figure that out in Cat Connor’s new novel ERASERBYTE, seventh in the “Byte” series. That’s if she can survive helicopter crashes and other threats.

It’s a tale that sets the U.S. capital on fire with a series of explosions, and Ellie has to reach out to controversial connections to try and stop further terrorist attacks and horrifying deaths.

It’s a great, page-turning challenge for the agent from the FBI’s Delta A, who has already won over fans in previous adventures and should earn new ones in this outing.

Connor, who is from Cantabria, New Zealand, saw databyte, Number 6 in the Ellie Conway series, long listed for the 2015 Ngaio Marsh best crime novel award.  Amid that and other excitement including a fortnightly writing workshop, Connor is busy with the launch of ERASERBYTE and other travels. Happily she had time for a few questions with The Big Thrill.

Washington literally is in flames as ERASERBYTE gets going. Were you fueled by real life terror concerns as you decided to kick things off with a bang that big?

Funnily enough, no. What happened with ERASERBYTE was the doing of my amazing Admins. Admin One was keen on me writing a story based on our trip to D.C. (Let me clarify that we did not blow anything up while there!) So, with Admin One’s instructions in mind … I had to come up with a way of using our trip but viewing the entire thing from the point of view of Special Agent Ellie Conway—I pretty much just planted a seed and let Ellie show me the story.

Ellie is given a complex puzzle to solve as she staggers in the fallout of catastrophic events in this book. Since she was showing you the way, does that mean you didn’t have the full puzzle picture as you started?

If I knew the whole story up front I’d never write anything. I’m too lazy for that and prefer to follow the unfolding story as it happens. Much more fun than knowing it all up front. My way ensures I’m as surprised by the events and character reactions as my readers.

I utilize notebooks, and make copious notes regarding each chapter as I finish it—that enables me to follow what’s happening without too much effort. Mostly I trust myself and Ellie to keep track of everything and that it’ll all work out in the end. There really is no plan.

Ellie faces helicopter crashes and other action and excitement in this tale. Do you try to think cinematically and conceive action set pieces as you construct a novel like ERASERBYTE?

Actually quite hard not for me to think cinematically as I see the story unfolding in my mind like a movie. The scenes play over and over until I write them, basically I’m writing what I see. The action isn’t at all conceived. I don’t sit down and decide that this chapter will be action and the next calm etcetera I just write what I see in front of me for better or worse.

Ellie has some interesting contradictions. Embroiled in crime and terror but with a poetic soul. How do you strike the balance and keep Ellie’s inner landscape developing in conjunction with an exciting plot? Does a new love interest for her help?

Like any person, Ellie is multi-faceted. She has a dark sense of humor (common to a lot of people who work in her field) and she has to be able to dump her day rather than take it home, I think that’s where the poetry comes in. It’s often dark and relevant to whatever case she’s working. It’s her way of coping with what she sees.

The new love interest definitely helps ground her and gives her a reason to start implementing a work/life balance, something that has always been lacking in her world.

Without giving too much away, tell us about some of the connections Ellie has to rely on to unravel her series of clues in this tale.

Ellie, over the course of the series, has developed some strong bonds with other agencies. In this story she relies heavily on her ability to see things no one else can. She uncovers a new or maybe just a more developed extra sense that gives her warning prior to some explosions.

As far as her connections go, in ERASERBYTE she calls on the CIA, local and overseas police, other FBI teams, the Department of Homeland Security, FSB, and also NCIS to help her unravel the clues. She has friends in interesting places, including New Zealand Police.

Data disappears in ERASERBYTE and coded price lists play a role in the story. Did you discover any new avenues or areas of cybercrime you wanted to touch on in researching the tale?

Not so much cybercrime but the ways in which the Internet can be used to enhance criminal activity came into play in this book. Also, when data started to disappear it opened up an interesting possibility for Ellie—she needed to get data but not through the usual channels and that led to a fun bit of research and the use of some pretty cool toys in the story.

Also, I have a thing about trafficking and the sex trade, it bothers the hell out of me—so I guess that came into play while I was writing. As soon as I saw the scantily clad young woman in an abandoned factory I knew this story had something to do with trafficking. I just didn’t know how much or where it would take me.

The Big Thrill readers may recall you have a pair of greyhounds and a cat that are part of your writing world. How are they doing, and how do they contribute to your work? It seems like most writers have animal companions as muses.

I have a greyhound, Romeo, and a fat grey cat called Missy—they hang out in my office and keep me company during the day. On and off I used to look after Romeo’s friend, Cleo—which is why people thought I had two greyhounds.

Romeo and Missy are both well. They think they contribute to my work more than they actually do—but Romeo does feature in a NZ set mystery I’ve written.

You have some exiting nominations and recognition for your work. Tell us what’s come your way recently.

I found out recently that databyte (the sixth byte novel) is on the 2015 Ngaio Marsh Longlist for best crime novel. Super excited by that. The short list comes out in May sometime. So all fingers are crossed! There is a Q&A coming up which will be fun, myself and two other Wellington-based authors who are also on the longlist. Very much looking forward to meeting them.

Congratulations on those achievements. What’s next? More bytes? How do you set about to decide the title of each new adventure?

As for what’s next … the eighth byte novel was recently accepted by my publisher. So, psychobyte is next (2016). So much fun writing that one! Can’t wait to share it with you all.

Deciding the titles can be tricky. The first three were easy – killerbyte, terrorbyte and exacerbyte … but after that it became tricky trying to come up with flashbyte, soundbyte and databyte. There is often a good deal of brainstorming involved if the title doesn’t immediately pop into my head.

ERASERBYTE seemed quite obvious once it cropped up and psychobyte was a title suggestion from a friend a while back – I knew I’d use it one day just not what the story would be. It’s a perfect fit for the eighth byte novel.

Can’t think of anything off hand … go buy my books!

Cat Connor is a Cantabrian who’s lived most of her life as a northerner. (Makes it a bit hard when the Crusaders play the Hurricanes but apart from that it’s not too bad.) She shares her office with a retired racing greyhound called Romeo and Missy the fat grey cat. Luckily the animals don’t mind loud music. Hosting a fortnightly writing workshop at the Upper Hutt City Library: A Writer’s Plot, is something Cat truly enjoys, and she’s been doing so for 3 years. A coffee addict, lover of pinot, and Jose Cuervo tequila, Cat has been described as irresistible, infectious, and addictive. She believes music is as essential to life as breathing. Cat is a member of The New Zealand Society of Authors and International Thriller Writers. Her latest book, databyte, is longlisted for the 2015 Ngaio Marsh best crime novel Award. 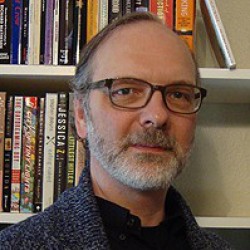