In Nicholas Pengelley’s first novel, RYDER, Ayesha Ryder bears the scars of strife in the Middle East. Now her past is catching up to her as she races to unravel a mystery that spans centuries—and threatens to change the course of history.

As Israeli and Palestinian leaders prepare to make a joint announcement at the Tower of London, an influential scholar is tortured and murdered in his well-appointed home in St. John’s Wood. Academic researcher Ayesha Ryder believes the killing is no coincidence. Sir Evelyn Montagu had unearthed shocking revelations about T. E. Lawrence—the famed Lawrence of Arabia. Could Montagu have been targeted because of his discoveries?

Ryder’s search for answers takes her back to her old life in the Middle East and into a lion’s den of killers and traitors. As she draws the attention of agents from both sides of the conflict, including detectives from Scotland Yard and MI5, Ryder stumbles deeper into Lawrence’s secrets, an astounding case of royal blackmail, even the search for the Bible’s lost Ark of the Covenant.

Every step of the way, the endgame grows more terrifying. But when an attack rocks London, the real players show their hand—and Ayesha Ryder is left holding the final piece of the puzzle.

Pengelley chatted with THE BIG THRILL.

With your extensive background, what made you decide to start writing?

I’ve loved books and writing for as long as I can remember. In fact I’ve been writing for many years now—decades in fact. Until comparatively recently, though, my writing was all academic. I’ve published a great many law-related articles, and written a one-hundred thousand word thesis for my PhD. When, a few years ago, I finally sat down to try my hand at fiction I thought, “I’ve written a lot of non-fiction, and I’ve read a lot of books. So of course I can write a novel. Oh boy! I had a lot to learn. Fiction is way harder than non-fiction. Then there’s the whole process of getting published, which is akin to climbing Everest.

What sparked the idea for Ayesha Ryder? Did you envision that you were writing a series?

I’ve long been fascinated by the Middle East—its history, peoples, politics. I wanted to create a character that had a background in the region—and a different background from the norm. If there’s an adventure-thriller type novel out there with a Palestinian heroine (or hero), I haven’t come across it. I did want to write a series with a character I could continue to develop. Three books are completed; I’m working on number four.

How difficult is it to write thrillers from a female perspective?

Ayesha Ryder lives in my head. If I’m going to have anyone live there, frankly I’d prefer it was a hot, highly intelligent, female.

How does your life blend into your fiction?

I haven’t fought intelligence operatives, or terrorists, if that’s what you’re asking. The Ryder books are all set in London—the world’s greatest city—which I’ve been visiting since I was eighteen and regard as my spiritual home. I love its history, its streets, and, well, pretty much everything about it. Through Ayesha’s eyes, I can attempt to convey something of that love to people who read the books. Likewise with my fascination with the Middle East—everything that has happened there in the past century, and what happens now, daily—has had, and continues to have, an incredible impact on the rest of the world. A reviewer of RYDER wrote recently that he’d been so interested in the history in the book that he’d been Googling everything. That is just the sort of impact I’d been hoping to make.

How do you so successfully blend action with character development?

I’m glad you think I have! Seriously, I find action scenes the most difficult aspect of my writing—they require the most rewriting and edits. I’ve never punched anyone, or fired a gun, but I have a very visual imagination. I’m very envious of scriptwriters who, I guess, just write something like, “and now they fight.”

Any plans for a limited print run for those who are not e-book savvy?

I’m not e-book savvy myself. I read a great deal online, but prefer print when it comes to books. HarperCollins, who has the Canadian rights, will be publishing print editions. There’s also a Dutch edition of RYDER due out in May. I believe that will be both e-book and print.

The second book in the series comes out in the U.S. in January, and the third in May 2015.   Will the Ryder series continue?

My head is full of plots for future Ryder books. And as I mentioned, book four is under way.

Nick Pengelley lives in Toronto, Canada with his family. He has had a varied career as a law librarian and law professor (specializing in international commercial arbitration) in Australia, Canada and the U.K. He has also worked as an analyst for a major Canadian NGO that focusses on the culture and politics of the Middle East, a field about which he is passionate. He is currently a consultant on Australasian law. 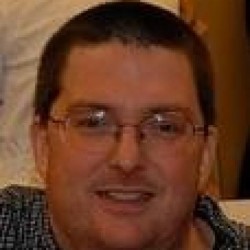 Latest posts by Jeff Ayers (see all)
0
No Comments Yet