Author Mike Resnick has a long history of success in the science fiction and thriller categories. Beyond earning five Hugo awards, he has taken home the Science Fiction Chronicle Poll Award, the Nebula, the Homer, the Alexander, the Golden Pagoda Award, and Dog Writers Association Awards.

Humor goes a long way toward breaking dramatic tension, and no one does it better than Resnick. Larger-than-life characters pump up the action. As a long-time fixture in science fiction, Resnick draws on over one hundred novels and short stories to make his stories successful.

We had the opportunity to ask him a few questions about his process, co-writing with his wife, the writing habits that have made him a success, and the importance of loving what you do.

Please tell us a little about CAT ON A COLD TIN ROOF.

It’s the third mystery novel featuring a middle-aged divorced detective, Eli Paxton, who lives in Cincinnati. Unlike a lot of his fictional contemporaries, he doesn’t distrust the police, doesn’t use his fists to solve crimes, and doesn’t bed every good-looking woman he comes across. Since the first two in the series were DOG IN THE MANGER and THE TROJAN COLT, I felt it incumbent to have an animal in the title, as well as making it one of the keys to the plot. But unlike the first two books, which had to do with dog shows and horse racing, this doesn’t involve the cat in any sport.

What makes this novel different from your other mysteries?

It takes place at home (Cincinnati), whereas the first one took Eli to Arizona and eventually to Mexico, and the second took place at the Keeneland Summer Sales in Kentucky. Also, Eli knows from the outset that the first two mysteries hinge upon factors having to do with a show dog and a thoroughbred horse, respectively, whereas it takes a lot more deduction and adventure to find out what the cat has to do with anything.

You are known for incorporating very interesting themes into your novels. For example, your science fiction Outpost series has a decidedly western slant while your allegories include a great deal of African history and culture. The Eli Paxton series focuses on animals. What are the advantages of incorporating these very different themes into your novels? Disadvantages?

My wife and I bred and exhibited collies from 1968 to 1982, and had twenty-three champions when the dust finally cleared. We also owned the second-largest luxury boarding and grooming kennel in the country from 1976 to 1993. As for horse racing, I never bet, but I’ve been a passionate fan all my life. I used to cut high school classes in the 1950s to pop over to Arlington Park and watch Swoon’s Son, Bardstown, and other of my heroes work out, and I also wrote a column on racing for more than a decade. Carol and I have had eight or nine cats over the half-century-plus that we’ve been married, though I must confess to being nowhere near as interested in them as in collies and racehorses.

Your wife, Carol Resnick, is also a very talented writer and you often work together on projects. What is it like working so closely with your spouse? Which projects have you worked on together?

I have total trust in her judgment. We discuss all my novels and most of my stories before I sit down to write them. I do the actual writing, but every night (well, morning—I tend to write all night when no one’s likely to phone me or knock on the door) I leave the pages I’ve done on the kitchen table, and when I wake up she’s line-edited them, and made suggestions and corrections. (We actually did collaborate in the traditional way on a couple of screenplays, but that’s because she’s much more visually oriented than I am, and Hollywood loves images and doesn’t think much of words.)

Did you collaborate with your wife on CAT ON A COLD TIN ROOF?

In precisely the way I described above. I should point out that our daughter, Laura, is also an award-winning writer, and just signed a new four-book contract with DAW Books.

As for collaborations, I’ve collaborated with fifty-two different writers on short stories, and on one novel apiece with Jack McDevitt and Eric Flint.

This is the third book in the Eli Paxton series. Can you tell us a little about Paxton?

He’s old-fashioned. It’s not so much that he distrusts technology as that he hasn’t learned to use it, even to the point (which I share with him) of not even owning a cell phone. He doesn’t view the cops as rivals. He’s happy to share information with them, and he always lets them know where he’s going to be in case he needs back-up in a hurry. He has a dog named Marlowe that he doesn’t especially like, and the dog feels much the same way. He’s divorced, and given his age, his occupation, and (especially) his shaky financial situation he’s not likely to get married again. He’s got a reasonably competent web of informants, but he views them as friends more than business acquaintances. He’s got a soft spot for old black-and-white crime movies, and often falls asleep on his couch watching them on Turner Classics.

Do you have pets of your own? In your opinion, which species makes the best pet for an author?

Not anymore. Remember: we’re in our seventies, and have better things to do than walk dogs in blizzards, even shaggy ones. When we moved to Cincinnati from Libertyville, Illinois (we had a five-acre corner of Adlai Stevenson’s old estate, about twenty miles north of Chicago), we sold my daughter’s horse, but moved with fifteen collies and a cat. (And no, we never let all fifteen in the house at once; they rotated, three and 4 housedogs at a time.) I was also an AKC-licensed collie judge, so you’ll have to forgive me if I’m a little biased in favor of them.

Tell us a little about how you are able to find time to write over seventy award-winning novels. What kind of writing schedule do you maintain?

I wish I’d written seventy award-winning novels. I’ve written seventy novels, and a few of them have won awards. I’ve actually won a lot more awards for my short fiction; I’ve written about three hundred shorter pieces, and according to Locus I’m the all-time leading award winner for short science fiction. My writing schedule has been pretty much the same since I went full-time freelance back in 1969: I write from about ten at night to five or six in the morning, seven nights a week, fifty-two weeks a year, except when I’m at conventions.

I should also add that I love what I do. I know I should be slowing down, but I also know I’m much closer to The End than The Beginning, and I still have hundreds of stories to tell.

Actually, when I need a couple of hours away from writing, I also edit. I’m currently editing Galaxy’s Edge magazine and the Stellar Guild line of books, and over the years I’ve also edited forty-one anthologies.

What is the best advice you can offer new authors?

Writers write. Those who are never going to make it just talk about writing.

Mike Resnick is the author of the previous Eli Paxton mysteries DOG IN THE MANGER and THE TROJAN COLT. The all-time leading award winner, living or dead, for short science fiction, he has won five Hugos (from a record thirty-six nominations), plus other major awards in the United States, France, Spain, Croatia, Poland, and Japan. He is the author of over seventy novels, more than two hundred fifty stories, and two screenplays, and he has edited forty-one anthologies. His work has been translated into twenty-five languages. 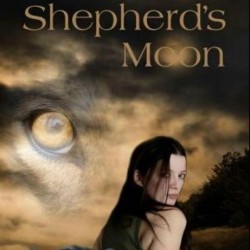 Stacy Mantle is best known as the founder of the popular website, PetsWeekly.com, but has recently become recognized for her fiction with the release of SHEPHERD’S MOON, her first thriller-fantasy novel in the Shepherds series. She is also the author of twenty-three children’s books in two languages and has written thousands of features, articles, stories and columns, many of which are reaching international audiences in translation. She resides in the deserts of the Southwest with a few dogs, several cats, and a very supportive husband. To learn more, visit her website at: www.StacyMantle.com.