Between The Lines, Featured Articles
April 30, 2014 by Paula Tutman
0 New York Times bestselling author Steve Berry’s latest historical thriller, THE LINCOLN MYTH, puts you on the wall as a fly, eavesdropping on a historical figure whose life and death are well-travelled territory. But Berry’s Harold “Cotton” Malone will not allow you to sit in a high school history class with your eyes glazing over waiting for the bell to ring. Cotton Malone will, once again, fall off his secret-agent retirement wagon and leave his Danish bookstore, traipsing through history, weaving an adventure that’s ninety percent fact, ten percent fiction, and one-hundred percent entertaining. “This book explores a lot of the myths that surround Abraham Lincoln,” Berry said. “It particularly explores a secret bargain that Lincoln made with Brigham Young which helped turn the tide of the Civil War. There’s a lot of myth about Lincoln that’s not necessarily true. This novel deals with that.”

In his usual, meticulous manner, Berry combed through four-hundred sources of information, pulling the history apart at the seams, inspecting it, dissecting it, then locating small worm holes in which to plant his version of “what happened.” In THE LINCOLN MYTH, he looks at the Mormon church, the sixteenth president himself, and a flaw in the Constitution that deals with whether a state can secede from the Union. He’s never written about the Mormon church before and said, “Each of my books is unique in that each deals with something from the past, something lost, something forgotten. I look for things no one has dealt with before. That way Cotton Malone stays interesting, fresh, and relevant.”

Berry said that by introducing a new character, Luke Daniels, a young Magellan Billet agent “you’ll see Cotton as you’ve never seen him before. Their interaction is a tale of clash and contrast. Also, Cotton will be dealing with an emotion he’d never experienced before—jealously.”

Berry said he went to great lengths to deliver a few surprises. “This is a fun adventure that takes place over three days. I loaded it up with some surprises—tweaks and trip-ups—to keep the reader guessing.” In a world where history is both master and slave, and historic fact and historic fiction are separate but equal, Berry said, “I don’t write books with messages. I write books to entertain. Now if along the way you can learn something about a topic you may not know a lot about, and it propels you to go and learn more, that’s an added bonus.”

Berry will be touring to promote THE LINCOLN MYTH. Eight cities over two weeks. But there’s something else in his travel bag—a different hat. He’s also found a way to promote his love of historical preservation. His History Matters Foundation is a non-profit organization he and his wife, Elizabeth, founded five years ago. It’s a fundraising tool to save historical artifacts and treasures. “Every second of every day we lose a piece of our past. That’s a harsh reality. Millions of historic artifacts are at risk all over the country, and the world.” It’s an immutable fact that drives Berry. He donates his time, travel, and talent to raise money to save history. He lectures, signs books, and teaches writing workshops where aspirants buy their way in for an intensive four-hour experience to hone their skills the “Steve Berry” way (so far he’s taught more than two-thousand students). All of the proceeds from everything he does goes to the particular project he and Elizabeth are there to help. They take nothing for themselves. Instead, they pay their own way to each event. “If you’re waiting for someone to come in and help save your historical treasures, then you’re in a bad situation,” Berry said. “It’s never going to happen. Historic preservation begins locally, has to be done locally, and it all depends on the locals to make that happen.”

The capriciousness of people who don’t know enough to care about historic preservation weighs heavily on Steve and Elizabeth. “I wrote a book a few years ago, THE ALEXANDRIA LINK [that deals with the disappearance of the famed library of Alexandria]. It was the greatest repository of knowledge in the ancient world and it simply disappeared. Imagine the knowledge we lost that we will never have. Imagine how human history could have progressed so much faster if that knowledge had been preserved.”

So much history to be saved, so little time, but the Berrys fit it in by appearing at a handful of events each year sprinkled between their busy promotional schedule. Local preservation societies, libraries, and people who just care about history plan the event, do the promotion, and sell the tickets. Since its inception in 2009, three-quarters of a million dollars has been raised to help save various historic projects. The “job security” comes from the fact that the need to get busy to save history will never go away. “It’s all about changing the thought processes and priorities so that the vast majority of people will feel preserving our past is important. Right now it is important to a lot of people, but not enough.” In August, Steve and Elizabeth make a little history of their own. They take History Matters international as they travel to Prince Edward Island in Canada for a several events. What’s most interesting is that the two parallel paths seem not to intersect. While the strength of his writing and selling-power are used as a tool to save history, Steve doesn’t go fishing for ideas from the buildings and artifacts he’s had a hand in saving. He’s yet to get an “Ooooooooh” moment from his philanthropic work. It seems to have developed into its own thing—quite apart from his history-based thriller writing. He started History Matters because it was simply the right thing to do. He writes because that’s what he does. A little voice in his head demands it. According to him, all writers have that same little voice. “It’s a good thing,” he said. “It keeps us going.”

To dip your toe into some fascinating history merged with action and adventure, run out and buy THE LINCOLN MYTH. To learn more about Steve, the books, and History Matters, visit his website.

**A Final Note: Seven hours before I sat down to conduct this phone interview with Steve Berry, my fairly new, very expensive SUV was T-boned by a television news truck that belonged to the station I work for, by the photographer who was working with me. The vehicle had just turned fifteen-thousand miles. My mother was having major cardiac surgery the following day, and in four days I was scheduled to drive to Maryland to care for mom and my father, who suffers from dementia, with my one-hundred-sixty-pound Bull Mastiff who hates car travel. I could hardly attempt such a trip without a passenger side of my vehicle. The rental car that was assigned to me was the size of a Mack Truck. I’m only 5’1” and to touch the accelerator and breaks, I must do so, with the tips of my toes. During my travels that week, for the very first time, I would be forced to cross the Harry Nice Bridge from Maryland into Virginia and back—despite a reoccurring nightmare I’ve had for twenty years of plummeting to my death from such a bridge. By the time Steve Berry and I connected, I was stressed and traumatized—and those were just the positive emotions. But in the thirty minutes we spent together by phone, I was engaged, fascinated and able to put my own troubles behind me. Isn’t that what good fiction is all about? Isn’t that the stuff that good authors use to engage their readers and take them away from their troubles? My interview that evening with Steve Berry was the only good thing that happened to me that entire day. Author’s mission accomplished. 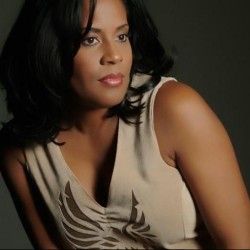 Latest posts by Paula Tutman (see all)
0
No Comments Yet