Michael Connelly has a lauded writing career with two gritty series, both NEW YORK TIMES #1 bestsellers and both starring characters conflicted about how to do right by their jobs.

His original protagonist, Harry Bosch, is a homicide detective who needs no further introduction, after all, he’s one of the best known heroes in modern police procedurals and will soon come to TV in a streaming video series produced by Amazon Studios.

Connelly’s most recent protagonist, Mickey Haller, approaches justice from a different direction – that of a criminal defense attorney. That character made it to Hollywood in the popular film, THE LINCOLN LAWYER.

GODS OF GUILT – Connelly’s latest legal thriller – features Haller defending a pimp charged with murdering a hooker, which may sound like standard fodder for a sleazy lawyer story, but has enough twists to earn starred reviews from PUBLISHER’S WEEKLY (“gem of a legal thriller”) and BOOKLIST (“a testament to the melancholy maturing of Mickey Haller.”)

But enough about crime, since it’s December, let’s talk Christmas with Michael Connelly.

How does Mickey Haller celebrate the holidays?

I think he primarily spends it longing for what he’s lost — his family. In GODS OF GUILT he recounts his hopeful wait for an invite to Christmas Dinner with his daughter and ex-wife. But alas, the invitation doesn’t come and its dinner at Four Green Fields for Mickey.

After many years of volunteering for on-call duty in order to be kept busy, Harry has had his daughter Maddie in his life to share holidays. I think they make the best of it, cooking together and then sitting down to a fractured family meal. It’s something Harry would have almost no experience with considering his upbringing, so I think its kind of nice and touching for him this late in his life to have these kind of moments.

What went into your decision to make your two protagonists half-brothers? Was it an ah-ha moment or had you been contemplating it over time?

I made the decision after writing most of the first draft of THE LINCOLN LAWYER. I realized that I wasn’t going to be finished with this character and then looked for ways to connect him to what I previously had written. I looked through previous books and came across the scene in Harry’s memory where he watched his father’s funeral from afar and saw that he had half-siblings gathered around the grave site. I then thought what if — the writer’s favorite tool — one of those kids grew up to be the Lincoln Lawyer?

Do you have any regrets about aging Harry in real time from novel to novel? Since you began writing about him in 1992, that would currently make him 63 years old.

I really don’t. Sure it means the series has a shelf life, but I wouldn’t go back and do things differently. I like the idea of being able to chart characters evolution against the evolution of a city. I have a 20-year cut of time so far and if I make it to 25 I will feel like I’ve been given a gift.

Hey now there’s a question I’ve never been asked before. The answer is I don’t know but you have to assume so, I would think. Most of my villains feel misunderstood so there is a universal theme we can all subscribe to.

Publishing is undergoing considerable changes. What advice do you have for mid-list authors today?

Don’t rely on agents, publishers or publicists. It’s too risky. They all can help but there is no guarantee of it. So I think more so than ever the author is on his own.

With all your books – 25 in 20 years – what plot development resulted in the strongest reaction (otherwise known as hate mail) from readers?

Probably none. Or maybe Harry Bosch’s smoking. I’ve never been a smoker myself but most of the homicide detectives I knew when I was drawing the character were smokers. They had addictive personalities, which is part of the make up of the relentless investigator. I also liked how smokers were outsiders — literally. They had to go outside to smoke. So it was a trait I used to reinforce the idea that Harry was an outsider with an insider’s job. But many readers objected and so over time I moved Harry toward being a reluctantly reformed smoker.

You’ve had two lauded careers, as a newspaper reporter (Pulitzer winner) and as a crime fiction author (Edgar winner.) If you had to reinvent yourself again, would you rather be a cop or a lawyer or something else entirely?

No I think I’ve been pretty lucky and wouldn’t want to change history when it comes to my own. I always thought about being a detective but I don’t have the right personality to be a uniformed officer, a needed precursor to the detective bureau. So I think I would just stick with the career I’ve had. Nothing to complain about there.

You are one of the real life authors featured in poker games on the TV show, CASTLE, in which a crime writer helps the police solve murders. How come you haven’t played poker with Rick Castle lately?

I don’t know. Usually once a year the producers check with me to see if I would play again. I always say yes but then the game doesn’t happen. My guess is that the writers roll with what feels good and it is hard to build an episode that has a game in it. If you notice, the games serve a purpose. The writers help Castle see what he is missing. They help him solve something and so I think that makes it hard to figure into that week’s case.

Michael Connelly’s books have sold 50 million copies worldwide and have been translated into thirty-nine foreign languages.

To learn more about  him, please visit his website. 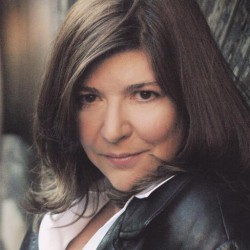 Latest posts by Julie Kramer (see all)
0
No Comments Yet