Thom Carlyle had it all: the rowing trophies, the Oxbridge education, the glamorous girlfriend. But on a glorious summer evening in Harvard Square, Thom is murdered—pushed from the top of a Harvard bell tower. The New England Chronicle sends a beautiful, feisty, but troubled reporter named Alexandra James to investigate. It is the story of a lifetime. But it is not what it seems. Alex’s reporting takes her abroad, from the cobbled courtyards of Cambridge, England…to the inside of a network of nuclear terrorists…to the corridors of the CIA…and finally, to the terrorists’ target itself.

Mary Louise Kelly’s debut novel, ANONYMOUS SOURCES, is available soon, and she’s graciously agreed to tell us about it.

Tell us a bit about your new release, ANONYMOUS SOURCES.

It’s a spy thriller, complete with assassins, double-agents and terrorists. But it doesn’t take itself too seriously. There are scenes that some of my early readers say had them doubled over in laughter.

My protagonist, Alexandra James, really carries the story. She’s a fascinating mix of sass and vulnerability. André Breton once described one of Frida Kahlo’s paintings as “a ribbon around a bomb.” That pretty much sums up Alex James.

How much research goes into a story like ANONYMOUS SOURCES?

A surprising amount, actually. Given that it’s fiction, you would think you could just make everything up.

But – perhaps because of my training as a reporter – I was obsessed with getting the details right. I visited every setting described in the book personally, from the Eliot House bell tower at Harvard, to the room where they serve tea at Claridge’s Hotel, to CIA headquarters.

Actually, that’s an interesting story. The CIA holds a holiday bash every year. Hot shots from Capitol Hill, the Pentagon, the White House, etc. all come to hobnob and sip cocktails and nibble canapés. They also invite a dozen or so reporters who cover the intelligence beat, and needless to say, it’s the hottest ticket in town. The last time I went I was in the middle of writing ANONYMOUS SOURCES, and I knew I wanted to set a scene at Langley. Since you’re not allowed to photograph anything, I ran out to the parking lot afterwards, whipped out my reporter’s notebook, and started sketching the floor plan, complete with entrances and exits, fire escapes, etc. Suddenly there was a blinding light in my eyes, and I looked up to see a CIA security guard. He was not amused to find me there in the dark, hunched over a hand-drawn map of CIA headquarters. It took a couple of phone calls to straighten things out.

Your time as a reporter for organizations like NPR and the BBC sounds exciting.  Ever experience any situations or catastrophes that would have made a good novel?

You know, my typical day as a reporter was not the stuff of Hollywood screenplays. You spend a lot of time at your desk, making phone calls, checking facts, setting up interviews.

But sure, there are moments. I’ve kept all my notebooks (I’m old school that way; I don’t own an iPad) from reporting trips to the Middle East and Asia, because I hope to mine them for future novels. Back when I worked for the BBC, I once had a weird and rather terrifying run-in with a Sinn Fein bodyguard inside the Houses of Parliament. I can’t tell you how it ended, because I’m saving it for a short story one of these days.

How familiar are you with the settings and government organisations you use in ANONYMOUS SOURCES?

Very. The book is set in Cambridge, Massachusetts; Cambridge, England; London and Washington, DC – and I’ve lived in all of those places.

Ironically, though, some of the toughest scenes to write were the ones that hit closest to home. For example, when my heroine Alex James is trying to squeeze information from sources at the CIA or the White House. That was my day job for years, and I know how those conversations unfold in real life:  you ask a question, the official dodges it, you ask again, the official declines to comment, and so on. It doesn’t exactly make for riveting dialogue in a novel! So it was a challenge figuring out how to write those scenes in a way that wouldn’t put readers to sleep, but would still ring true to people who know that world.

Tell us about the adventure of having your first novel published.

There have been nail-biting moments (hitting send on my laptop when I decided the manuscript was finally ready to show to an agent) and pulling-my-hair-out moments (I must have rewritten the last chapter 47 times) and whooping-for-joy moments (when the first box of hard covers arrived at my house this spring, and I got to pick one up and hold it in my hand.)

My single greatest stroke of luck in this process was finding my agent. My book would quite literally not exist without her. Victoria Skurnick at Levine-Greenberg Literary Agency is a force of nature, and my advice for anyone who ever crosses paths with her is just to shut up and do exactly what she tells you. It saves a lot of time. I was quite terrified of Victoria when we started working together. It required self-discipline just to summon the courage to pick up the phone and call her (and trust me, I am no shrinking violet.) When I finally met her in person, she wrapped me in a huge bear hug, and I am honoured to now count her as a dear friend.

Please tell us a bit about yourself.  Lifelong interests, hobbies, phobias, and pet peeves?

Who has time for hobbies?? I do enjoy jogging – I’m slow as molasses, but I force myself out the door three times a week. I like to cook. My husband and I have a ritual of cooking from scratch together on Sunday nights, and it’s my favorite time of the week. Last weekend we mastered lamb meatballs and warm chocolate soufflé (thus necessitating more jogging.)

My phobias are clichéd – spiders and snakes – and my drink is Campari (unlike my protagonist Alexandra James, who is partial to a stiff Hendricks-and-tonic.)

The novel I’ve gone back and read more times than any other is probably Robert Penn Warren’s ALL THE KING’S MEN.

I majored in French literature in college, and Flaubert’s precision still awes me. He sweated to find le mot juste, and was known to take a week to write one page – a pace I sadly sometimes match.

As for thrillers, I devoured Stieg Larsson’s GIRL WITH THE DRAGON SERIES. I love KILLING ME SOFTLY and everything else by Nicci French (a pseudonym for a British husband-and-wife writing team.) They have a true gift for building suspense.

As a girl growing up in Atlanta, I must have read GONE WITH THE WIND a dozen times. I’m not sure I quite realized it was fiction; my mother will tell you there was a period when I was twelve or so when I would flounce around the house, sighing about how unfair it was that my waist didn’t measure sixteen inches, and that she wouldn’t let me take down my bedroom curtains to sew them into a dress.

What do we have to look forward to after ANONYMOUS SOURCES?  Anything new in the pipeline?

I’m halfway through writing a second novel. This one is more of a psychological suspense thriller, although I can’t promise spies won’t show up.

Thanks for visiting with me, Mary Louise.  Best of luck with ANONYMOUS SOURCES.

“An authentic view of the media, intelligence, and terrorism that is a real page turner. Kelly gets how the national security world really works.” –  Richard A. Clarke, former White House Counterterrorism Chief, author of AGAINST ALL ENEMIES: INSIDE AMERICA’S WAR ON TERROR

“A great spy thriller. The plot’s great and the details are delicious.”  –  Joel Brenner, Former Chief of US Counterintelligence, author of AMERICA THE VULNERABLE

Mary Louise Kelly has spent two decades traveling the world as a reporter for NPR and the BBC. Her assignments have taken her from the Khyber Pass to mosques in Hamburg, and from smoke-filled Belfast bars to the deserts of Iraq. As NPR’s Intelligence correspondent, she reported on wars, terrorism, and rising nuclear powers. She also teaches journalism and national security at Georgetown University. Educated at Harvard University and at Cambridge University in England, she lives in Washington, D.C. 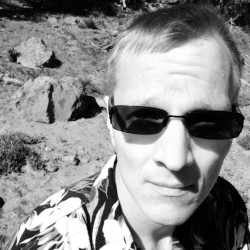 Latest posts by Brian Knight (see all)
0
No Comments Yet