Susanna Calkins is the author of A MURDER AT ROSAMUND’S GATE, a mystery set in turbulent 17th Century London, in a time of great religious and social upheaval. When someone she loves is accused of murder, chambermaid Lucy Campion interprets the clues herself, all while avoiding the murderer, the law, and the everpresent cold hand of the Great Plague itself.

Those of us without a PhD in history often have a homogenized view of the past- so tell us a bit about England during the time A MURDER AT ROSAMUND’S GATE is set.

Great question!  A MURDER AT ROSAMUND’S GATE was set in the mid-1660s, a period of great political, social and religious contrasts. On the one hand, after years of civil strife and warfare, the Stuart line was restored with the return of King Charles II to the throne, ending years of joyless Puritan rule.  The theatres were reopened, long-squashed festivals were revived, and a sense of frenzied pleasure and merriment returned to the kingdom. On the other hand, with the ousting of the Puritans from power, there emerged great religious tensions among the re-established Anglican Church, the much-disparaged Catholics, as well as the many dissenting religious groups, especially the Quakers. New political conflicts between Parliament and the King were an additional source of tension and stress as well. Within all these tensions, England faced an ongoing struggle for order.

Exacerbating this struggle, between 1664 and 1666, two great disasters befell England, London most catastrophically. First, the plague struck heavily, killing thousands and thousands of people. Then, before the society could recover, the Great Fire of London swept through much of the city, destroying nearly 13,000 homes and rendering thousands homeless.  Consequently, a remarkable–if temporary–social mobility and gender fluidity occurred among the survivors, as servants and apprentices took over their master’s homes and livelihoods, and women found new ways to speak.

Umberto Eco famously said that he “felt like poisoning a monk,” when asked what inspired THE NAME OF THE ROSE. What drove you to write about murder during the Restoration period?

That’s a great quote! I’d love to hear what had inspired that murderous thought more specifically!  The crime at the heart of A MURDER AT ROSAMUND’S GATE came to me when I was a graduate student in history.  I’d been pouring through ballads and broadsides—the penny press that served as both a source of exaggerated news and a cheap entertainment in seventeenth-century England—and I was struck by the same story that appeared again and again.

These “true accounts” would speak of a woman who’d been found stabbed in a secluded glen or a deserted field. In her pocket, the investigating authorities often found a letter, purportedly from the killer. In this letter, he would usually tell his victim to meet him at ‘such-and-such deserted location.’ Then he would sign the letter, with either his given name or his initials.

The case seemed open and shut.

Yet, every time I read one of these accounts, I had to wonder:  Why didn’t the killer search his victim for incriminating evidence before he fled the scene? Didn’t it ever occur to him that she might bring the letter—you know, the one with his initials—with her to their rendezvous? I also would wonder: Why did the victims agree to meet these killers? Or perhaps, most simply of all, was some other chap being framed for the crime?

No matter what, the story was not just sad, but incomplete.

In some ways, A MURDER AT ROSAMUND’S GATE became the answer to the questions that never got asked–Who was this woman? Why had she agreed to meet her killer? Did she know him, or had she been tricked? And perhaps most important of all—Would she get the justice she deserved?

Give us a portrait of our reluctant sleuth, Lucy Campion. People tend to assume that women were powerless prior to the suffrage movement, what kind of risk is she taking by attempting to exonerate the accused?

I like this idea of Lucy as a reluctant sleuth.  She certainly understood her position as a chambermaid and the last thing she would want to do is to jeopardize her master’s standing in the community by not behaving as expected.  At the same time, I wanted Lucy to push against the societal expectations for women–not dramatically and overtly as female Quakers did–but by being curious and asking questions.  I wanted Lucy to be alert and open to ideas and finding ways to learn and expand. Just because she’s a servant didn’t mean that she couldn’t also have an active lively mind.  As such, Lucy knowingly faces three key challenges: (1) How can she, as a barely educated servant, even garner evidence to exonerate the accused?  What could that evidence reasonably entail?  (2) Will anyone care about the murder of a servant after the authorities have given up the search? (3) Will anyone listen to her, if she succeeds in discovering that identity of the murderer?  Ultimately, her quest for the truth threatens her reputation, physical well-being, livelihood, and future happiness.

How heavy does the threat of the Plague hang over the story? It must have been terrifying to know the stories of the Black Death and be trapped in a city infected with it!

In 1664 there were growing whispers and rumors about the spread of the plague from Amsterdam (where it was killing thousands) to London, but the authorities regularly denied such rumors. By 1665, there were many suspicious deaths and rumors of bodies being carted off at night. Finally, the plague could no longer be hidden from the public. Panic, as you can imagine, was widespread. The main roads in and out of the city were closed. Households with plague were boarded up and quarantined, with all inhabitants–living or dead–trapped inside. The Bills of Mortality listed thousands of dead each day, the church bells tolled continuously, and everyone lived in terror that they would contract the deadly disease. Of course, a few far-sighted people, such as my magistrate, had acquired certificates of health that allowed their bearers safe passage out of London, but the plague spread more swiftly than anyone anticipated–and very few people escaped in time.

Does Lucy encounter any historical figures in her quest for the truth, or are you having too much fun inventing your own?

I do reference a few historical figures, but I prefer to create my own.  I feel less constrained that way, to create my own dialogue, personality traits, and tics that way.

I’m glad to hear Lucy Campion will return in FROM THE CHARRED REMAINS, set in the aftermath of the Great Fire of London. I’m looking forward to both her adventures. Thank you for dropping by!

Susanna Calkins is a historian and academic, currently working at Northwestern University. She’s had a morbid curiosity about murder in seventeenth-century England ever since she was in grad school, when she was first working on her Ph.D. in history. The ephemera from the archives—tantalizing true accounts of the fantastic and the strange—inspired her historical mysteries, including A MURDER AT ROSAMUND’S GATE. Born and raised in Philadelphia, she lives outside Chicago now with her husband and two sons.

To learn more about Susanna, please visit her website. 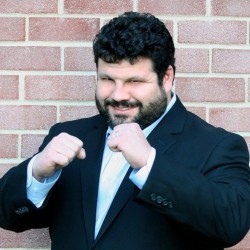