In her latest novel, THE BOOK OF KILLOWEN, Erin Hart unleashes a plot so powerful that Jacquelyn Mitchard, author of THE DEEP END OF THE OCEAN and WHAT WE SAW AT NIGHT says, “Can the arcane science and lore of the Irish ‘bog people,’ who often died alone and in agony, be fuel for a mystery that actually does what THE DA VINCI CODE tried to do? A thousand times yes, if Erin Hart’s storytelling witchery is at work. Intelligent, eerie, utterly compelling.”

After a year away from working in the field, archaeologist Cormac Maguire and pathologist Nora Gavin are back in the bogs, investigating a ninth-century body found buried in the trunk of a car. They discover that the ancient corpse is not alone—pinned beneath it is the body of Benedict Kavanagh, missing for mere months and familiar to television viewers as a philosopher who enjoyed destroying his opponents in debate. Both men were viciously murdered, but centuries apart—so how did they end up buried together in the bog?

While on the case, Cormac and Nora lodge at Killowen, a nearby artists’ colony and organic farm and sanctuary for eccentric souls. Digging deeper into the older crime, they become entangled in high-stakes intrigue encompassing Kavanagh’s death while surrounded by suspects in his ghastly murder. It seems that everyone at Killowen has some secret to protect.

Set in modern-day Ireland, THE BOOK OF KILLOWEN delves deep into the mysteries of the past, revealing a new twist on the power of language—and on the eternal mysteries of good and evil.

Is there anything special you’d like to tell us about THE BOOK OF KILLOWEN?

It’s another Nora Gavin/Cormac Maguire story—they’re back in the Irish midlands, digging up people who’ve been buried for centuries in bogs. There’s plenty of archeology and forensic science. And like all my other novels, it combines all the layers of history, one on top of the other. I’ve always been fascinated by the richness of the monastic tradition in Ireland, the centuries that were considered the Dark Ages in Europe, when Irish monks were making the most fantastic books and manuscripts, copying over older works and writing down stories from their own oral culture—as a group, they were really responsible for preserving all the history and literature and science of the Western world at the time. I’m also intrigued by our shifting notions of what a book is—I’m still astonished when I hear people talk about ‘physical books.’  But the definition of the word ‘book’ is changing, and it’s all very interesting—should a book be a sacred artifact, as it was to the ancient monks, or is it a collection of words and ideas, whatever way those words and ideas are transmitted? In this novel I get to play around with all these ideas, the written word vs. the oral tradition, the unique beauty of a handwritten book, the meaning of the monks’ illuminations, the origin of written language, and above all, I get to carry on my love affair with words!

Funny you should ask—some particular event ALWAYS inspires my plot! In this case, a 9th-century book of psalms that turned up in an Irish bog in 2006. It was an illuminated vellum manuscript, now known as the Faddan More Psalter, after the place where it was found. It’s the only Irish manuscript ever found preserved in a bog, and it had to go through a couple of years of conservation before going on display at the National Museum of Ireland in Dublin. Writing an archaeological series set in Ireland, I’ll never be stuck for material—it seems like something new is turning up in the bogs, from 3,000-year-old butter to 2,000-year-old wooden roads, to fantastic hoards of gold, to people who might have been human sacrifices. As a crime writer, my first thought when I heard about the discovery of this book from the 9th century was, “Well, where’s the fella who was carrying the book?” You know crime writers, always looking for a body.

I’m doing lots of local events in Minnesota, including a launch sponsored by the Friends of the Saint Paul Public Library, lots of bookstores and libraries. I’ve got some guest blog appearances lined up with the Crime Fiction Collective; Jungle Red Writers; Declan Burke’s Irish crime fiction blog, Crime Always Pays, and a few others. I’m also hoping to get to a few national events this year—Malice Domestic and Bouchercon and Thrillerfest, and I’m working to arrange some additional book tour dates throughout the spring and summer and into the fall. My husband (Irish accordion player Paddy O’Brien—and yes, that is his real name) often does events with me. This year it’s especially exciting because Paddy has a new book out, too—a memoir about growing up in an old thatched house in rural Ireland during the 1950s, THE ROAD FROM CASTLEBARNAGH. So we travel together and do book chats that are combined with images and a bit of music and song.

I’m working on a new novel, so far only known as BOOK FIVE. It’ll be set in Ireland, and make connections between the past and the present, since that is my grand obsession as an artist. I can’t really say more than that; I don’t even know how my stories are going to end until I get there… Writing is a process of investigation for me—almost like archeology—digging and sifting through all the layers of history to find what remains behind, what survives into the present.

Reading, naturally! I’ve always been a pretty voracious reader of crime fiction, and that’s still the case. Paddy and I are also movie lovers, so we watch a LOT of films, especially mysteries and crime and thrillers—and Westerns! When I’m not writing or reading or watching movies, I love cooking, hanging out with my extended family at the cabin, having friends over for dinner. And I do love to travel—my family is sort of international, for some reason. I married an Irishman, and my sisters’ husbands are from Romania and Cyprus, so we’ve done big family trips to Cyprus, Ireland, France, a few other places. And of course I have to keep going back to Ireland for research, to replenish the well, so to speak. Such a chore, I know!

Be sure to get a copy of THE BOOK OF KILLOWEN.  I know that I will.   -Don Helin

Erin Hart’s archaeological crime novels are set in the mysterious boglands of Ireland. Her debut, HAUNTED GROUND (2003), won the Friends of American Writers award and Romantic Times’ Best First Mystery, was shortlisted for Anthony and Agatha awards, and translated into eleven foreign languages. LAKE OF SORROWS (2004) was shortlisted for a Minnesota Book Award, and FALSE MERMAID (2010) was named by ALA/Booklist as one of the Top Ten Crime Novels of 2010. Her latest, THE BOOK OF KILLOWEN, is out in March 2013. Erin lives in Minnesota with her husband, Irish musician Paddy O’Brien, and travels frequently to Ireland.

To learn more about Erin, please visit her website. 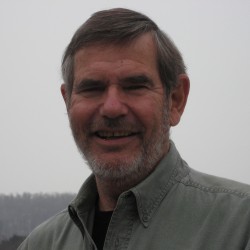