Annie Hauxwell was born in Hackney and immigrated with her family to Australia when she was a teenager. She abandoned the area of medical negligence law in England and security and investigation law for a telecommunication company in Australia to work as an investigator, and now combines this with writing. She lives in Castlemaine, a small country town in Victoria, and travels to London frequently. She is published by Penguin Australia and in the UK by Random House.

IN HER BLOOD is being released this month and I recently had an opportunity to sit down with Anne Hauxwell.

Give us an elevator pitch about IN HER BLOOD.

On a bone-chilling morning in London, Catherine Berlin, an investigator with the Financial Services Agency, discovers the almost-headless body of her informant. The death, linked to a loan shark, is blamed on Berlin’s unorthodox methods.  But when her doctor is murdered and she loses her legal heroin supply, she realizes bigger predators are circling. Berlin has seven stolen days of clarity in which to solve the crime – and find a new supplier.

How much did your time as an investigator help with the writing of the book?

Twenty years in the industry does give you a pretty good idea of how to go about obtaining information that might not be readily available to regular citizens, so it limits the amount of research you might otherwise have to do. I also worked with a team in London pursuing loan sharks, Operation Sharkbait, which gave me an insight into that world.

If we were in London, would we recognize elements of IN HER BLOOD from local news stories?

IN HER BLOOD is set in London, which is where I was born and where I still spend a lot of time. But the methods of loan sharks are universal, so I don’t think it matters where you are, the news about these predators would be the same.

IN HER BLOOD is your first book. Is there another in the works and will it be the second in a series or a stand-alone? If there is another book, what can you tell us about it?

A series is planned for Catherine Berlin, and I’ve nearly finished the second book, which is also set in London. The story involves a missing child, drug dealers and terrorists. Another day in the life for Berlin.

For those of us outside the financial world please tell us what the Financial Services Agency is, or does it come from your imagination?

The Financial Services Agency is a fictional amalgam of a number of regulatory government departments in the UK who oversee financial institutions like banks and investment houses. You’ve probably noticed that worldwide these regulators haven’t been doing a great job!

Who is Catherine Berlin and why is she a good investigator?

Catherine Berlin is a London born and bred registered heroin addict who has received a daily maintenance dose of pharmaceutical heroin from her doctor for nearly twenty years. She’s a good investigator because she’s stubborn and trusts no one.

By the way, she hates being addressed as ‘Catherine’. Only her mother calls her that, everyone else refers to her as Berlin.

You were in did security and investigation law for a telecommunication company in Australia and medical negligence law in England, then left to go into investigation. Is there a little of Berlin in you or you in Berlin?

I hope not, but I’ve got a bad feeling we’ve got quite a lot in common! She’s pretty intense and pessimistic about human nature. I’m a glass half-full kind of gal who enjoys life. We do share a predilection for good Scotch, however, and a healthy disregard for authority.

What was the hardest thing about writing IN HER BLOOD?

Was there an easy part to the writing?

I wouldn’t describe it as exactly easy, but setting up the plot was easier than bringing it all together at the end. Like juggling, it’s easy to toss all the balls in the air – it’s catching them as they come down that’s the hard part.

As a first time published author with two respectable publishing houses behind you, how long did it take you to be published? What was the road to publication like?

My story is the usual one of an overnight success that took fifteen years. I’d been writing screenplays and grown tired of them being stuck in development hell, so thought I’d try my hand at a novel. I stopped writing while I was with Operation Sharkbait, then returned to Australia and wrote IN HER BLOOD in about six months in 2010.

In February 2011, I entered the opening chapters into the Crime Writer’s Association of the UK DEBUT DAGGER competition. I forgot all about it, then in May the shortlist was announced. I was amazed to find I was one of eleven out of about seven hundred entries. Within a week I was approached by Penguin Australia, then I got an agent in London, and a contract with Random House UK. The book was out within a year. It’s been quite a ride!

How would you compare thriller/crime writing in Australia to that of Ireland, England and the U.S.?

There are certainly different traditions in the U.S. and England: the classic English whodunit and the American hard-boiled. But the genre is so diverse now, those characterizations break down pretty quickly when you begin to examine contemporary crime writing.

It’s difficult to point to anything specifically Australian, as there are Australians writing so-called “cozies,” police procedurals, serial killers and all the other various sub-genres. A sense of place and the idiom does, of course, make a difference. But the imagination is a great thing: there are some wonderful crime writers out there who never leave their living rooms.

Annie Hauxwell was born in the East End of London, and emigrated to Australia with her family when she was a teenager. Her working life has included stints as a psychiatric nurse, cleaner, sociologist, taxi driver and lawyer.

She abandoned the law to work as an investigator, an occupation she has happily pursued for twenty years.

When not in London, Annie lives in a small country town in Australia. She is a keen sailor, but suffers from seasickness.

To learn more about Annie, please visit her website. 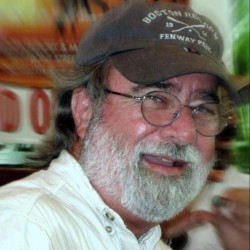