The fifth Dulcie Schwartz feline mystery: Could a missing book be haunted? Dulcie Schwartz doesn’t want to think so, but ever since it disappeared from the university, things have gone from bad to worse – one of her colleagues accused of homicide, and another revealed as an impostor. To top it all off, both the ghost cat Mr Grey and the kitten Esmé seem to have switched their allegiance to her boyfriend. Deprived of feline assistance, Dulcie must uncover the truth by herself, or else find herself on the hook for the theft – and murder.

“A good solid mystery which is fun without being silly, and which melts my cat lover’s heart whenever Esme and/ or Mr. Grey are on the scene!” ~Bristol Public Library bookblog on GREY EXPECTATIONS.

“For those seeking mysteries with a gothic twist, Simon offers a supernatural cozy that also weaves in real-life issues.” ~Library Journal on “GREY ZONE”

When Pru Marlowe gets the call that there’s been a cat shooting, she’s furious. Animal brutality is the one thing that this tough animal psychic won’t stand for. But when Pru finds out that the cat did the shooting, she realizes something else is going on. Could the white Persian really have killed her owner – or did the whole bloody mess have something to do with that pricey collectible? With the white cat turning a deaf ear to her questions, only Pru Marlowe and her trusty tabby Wallis can figure out if this was a case of feline felony – or if some human has set the Persian up to be the ultimate cat’s paw. The second Pru Marlowe pet noir

“Simon excels in creating unique and believable animal characters as well as diverse and memorable humans, and this sequel is just as good as Dogs Don’t Lie (2011). A perfect read-alike for fans of Rita Mae Brown and Shirley Rousseau Murphy.” ~Booklist starred review of CATS CAN’T SHOOT

“Watch this series closely. It could well sprint to the top of the animal-cozy genre.” ~Booklist starred review of DOGS DON’T LIE

Author Clea Simon was recently interviewed for Yahoo.com’s ANIMAL NATION where she discussed murder mysteries, cats, and how she started writing “Pet Noir.”

Here’s an excerpt of the interview: (Click here to read the entire interview)

Shine: You wrote three nonfiction books before publishing your first pet-related murder mystery. What made you start writing mysteries? And why populate them with pets?

Clea Simon: I’d always loved animals, and animals have always played a huge role in my life. My last nonfiction book (“The Feline Mystique”) let me explore history and mythology, behavioral science, psychology, you name it – all with cats. And I had a blast.

At the time this book came out (2002), I was a regular at the great Kate’s Mystery Books in Cambridge, Massachusetts, and had come to know Kate Mattes, the proprietor. Kate had an annual holiday party at which she’d invite dozens of authors to come sign their books. I’d been to several — the store was small and would be packed, people spilling out into the yard. It was always a blast. And Kate said to me, “Clea, why don’t you come sign ‘The Feline Mystique’? I’ll get a bunch in.” I said, “But Kate, my book isn’t a mystery.” And she replied, with a twinkle in her eye, “Clea, believe it or not, there’s a huge overlap between women who love cats and mystery readers.”

So I did, and she did, and a fair amount of wine was consumed. And then towards the end of the party, when we were picking cupcake wrappers off the bookshelves, Kate turned to me and said, “Clea, you should write a mystery.” And so I went home and started one that night, which became “Mew is for Murder.” She gave me permission to do what I’d always wanted.

Shine: In your earlier books, the animals don’t talk, but in the later ones, they do. What happened?

C.S.: In my first four mysteries, the Theda Krakow mysteries, I was very concerned with making the cats be real animals. I was still mining a lot of the research I’d done with “The Feline Mystique,” and I wanted to put animal issues front and center in each book. And so “Mew is for Murder” dealt, lightly, with animal hoarding — the neighborhood “cat lady” is murdered. Then in subsequent books I dealt with puppy/kitten mills and pet overpopulation. I wanted to — and I think I succeeded — in bringing these issues up without being preachy, and in the context of a fun adventure. And, of course, I obeyed the golden rule of cozy mysteries, which is that you can kill as many people as you want, but you cannot harm an animal. I also really enjoyed portraying my characters and their pets as directly as I could — we pick up cues from our pets all the time. They don’t HAVE to talk!

Clea Simon is a Massachusetts-based writer, journalist and a regular contributor to the New York Times, Boston Globe, San Francisco Chronicle, Ms., Rolling Stone and Salon.com. She’s the author of three nonfiction books and lives in Cambridge, MA, with her husband, the writer Jon S. Garelick, and their cat, Musetta.

To learn more about Clea, please visit her website and blog. 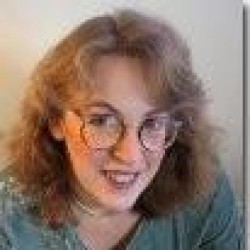 Latest posts by Clea Simon (see all)
0
No Comments Yet