Romantic Times Book Reviews calls Denise A. Agnew’s romantic suspense novels top-notch, and she has received their coveted Top Pick rating. Her latest historical thriller, For a Roman’s Heart, immerses readers in the turmoil of Britannia in 167AD—a brutal era where a woman uses her wits to survive, and a hardened Roman soldier finds his scarred soul vulnerable to a woman’s strength.

Recently I chatted with Denise about her latest work and many interests.

For a Roman’s Heart is set in Britannia in 167AD. What drew your interest to that era and compelled you to set your story there?

Roman society and life have always been interests of mine, especially in the archeological aspect. I’ve been involved with two archaeology groups over the years. Ancient life/worlds have always been intriguing for me on every level. For the longest time, I’d wanted to write a book set in Roman Britain and the story just sort of formed for me. The time period worked for me because it fit in with a time where Rome still had a firm enough grip on Britain but things were snagging a bit and unraveling somewhat.

Your heroine, Adrenia Tertia Brigomalla, is a strong woman who uses her wits to survive. What was life like for women in Britannia in 167AD?

Roman women had quite a few freedoms that women after the Roman period did not until some time later. But, they were also restricted in many ways that would seem highly backward to us now. Women were still considered property and under the thumb of their fathers or husbands. One of the threads in the story deals with the brutality Adrenia suffers under her parents. When the hero offers marriage, she doesn’t want to be under another yoke. The heroine is the daughter of a freedman (a slave that was given freedom by his owner). There was plenty of stratification in social classes at that time.

In this story, her gift harms as well as helps. She saves her best friend’s life and the hero’s life using her gift. But she can’t save a slave girl even though she knows the girl is in dire danger. I see Adrenia as someone who has been beaten down time and again but never gives up completely. This doesn’t mean she hasn’t been taught to keep her mouth shut at certain times or to make certain she doesn’t stand out in a crowd. To her, attention means suffering, and she doesn’t want to bring attention to herself. She’s strong because she’s survived and keeps on going despite all the problems she’s encountered and the abuse she’s suffered.

You are a newly-minted paranormal investigator. What inspired you to become one and how did you go about it? How has this path influenced your writing?

I am really new! I went on one very small investigation in July 2010 and two investigations in November 2010. I’ve been interested in the paranormal since I was a little kid. I was one of those children who read all the scary stuff and watched all the spooky stuff that gave other kids nightmares. I also read magazines and non-fiction books on the paranormal. I started writing paranormal stories when I was fourteen. As a result of my lifelong interest, it’s almost hard for me to NOT put the paranormal in every story I write.

Before the popularity of Ghost Hunters on television, I’d wished for many years that I could get into a paranormal investigation. But, because it wasn’t popular, there were very few groups to join. After the television program became a hit and everyone wanted to jump on the bandwagon, I hoped I’d find a group to join someday. Last summer, I happened to be in the right place at the right time and was introduced to the Team Leader for the Arizona Chapter of ICPIR (International Community for Paranormal Investigation and Research). The rest is history and I can’t wait to go on more investigations.

Oh, lordy. That’s a good question, and one that is hard to explain. In many respects, I’m not a very commercial author. I’ve tried putting myself in a box and writing more to trend but that has never worked for me. It strangles the life out of my creativity. As a result, I’ve written in every genre over time. I’ve basically given up on the idea of channeling myself into a “brand” or a niche because I don’t think I have one and don’t work well under that restriction.

I’ve discovered that some of my historical novels, where I have to do a ton of research, are the most satisfying to write. What to write next is usually easy for me. I have a whole catalog of ideas. The ideas never dry up. In fact, right now I’m working on a novel that I call a horror/romance and it is part of a trilogy. One book in the trilogy is even set at the end of World War I. There’s another historical trilogy in the works that also has paranormal elements and includes things like dimension travel. It’s all a matter, as I like to say, of writing whatever blows my skirt up. J 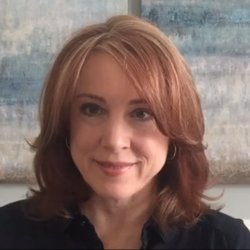 Latest posts by Tracy March (see all)
0
No Comments Yet