THE LAST MATRYOSHKA by Joyce Yarrow takes the reader into a world of suspense and mystery, from Brooklyn to Vladimir Central Prison and to the brooding Russian forest, where criminals enforce a 19th-century code of honor.

THE LAST MATRYOSHKA is garnering rave reviews, and with its unique plot and international backdrop it will please mystery and suspense readers.

VERDICT – Intricately layered like the Russian nested doll of the title, this tale of vengeance and hatred flavored with a Russian cultural backdrop will appeal to readers who enjoy unusual mysteries with an international setting.” –Library Journal

I had the honor of interviewing Ms Yarrow and learning more about her background, travels and her inspiration for writing THE LAST MATRYOSHKA.

Selena: Your bio states that you were born in Brooklyn, then escaped to Manhattan and are now in Seattle, that’s quite the jaunt. You’re prolific in the arts; poet, screenwriter, singer-songwriter, multimedia performance artist and a member of the world music vocal ensemble, Abráce. Congratulations on all your accomplishments. In your varied talents and travels, which has inspired you the most to write intriguing plots?

Joyce: Interesting question! I think my experience performing in many languages with Abráce, also gave me confidence that I could explore other cultures through my writing. This, combined with the experience of making friends with my mother’s Russian neighbors in Brooklyn, inspired the mystery writer in me to ask the question: What if a Russian émigré had a lurid past in Russia that followed him to Brooklyn and created havoc in his new life? I imagined him receiving a series of packages, each containing a nesting doll with a threatening message inside. The smallest doll would be opened in Russia and reveal a devastating fact that would turn the tale on its head.

Selena: Any interesting stories you could share with us while you were researching THE LAST MATRYOSHKA?

Joyce: To research THE LAST MATRYOSHKA, I traveled with my 16-year-old son to Moscow and nearby towns in the Golden Ring. We toured a Matryoshka factory, searched out interesting settings for the book and were the first American tourists to visit Vladimir Central Prison. Toward the end of our trip, a friend arranged for us to have dinner with a senior officer in the Moscow Criminal Police. We met in a Georgian restaurant in Moscow and discussed some scenarios in the book that involve the Russian vory – a criminal sub-culture that has existed in Russia since the 19th century. It was fascinating to hear a Russian policeman wax nostalgic for the days when criminals and law enforcement both lived by a predictable code of behavior.  Officer Eshau’s complaints about the breakdown of discipline on both sides of the law led to some interesting wrinkles in the plot I was developing. It was also gratifying to have him “bless” my portrayal of the main antagonist in the book, whose father was a master criminal.

Selena: What does the word MATRYOSHKA mean?

Joyce: The word Matryoshka translates as “matronly.” The widely accepted story is that a Russian merchant transported the first nesting doll from Japan to Russia in 1899.  Russian lathe operators had been making nested Easter eggs for years, so it was no surprise that they were quick to adapt the dolls—whose many “babies” made them potent symbols of fertility—to their own culture.

Selena: What do you like best about your female protagonist?

Joyce: My brother, Rick, was a private investigator for 30 years and still works cases from time to time. Jo Epstein—performance poet and investigator—is largely based on my brother’s background, combined with the quirky qualities of many poets and writers I have known. What I like best about Jo is her unique combination of street smarts and literary acumen.

Selena: Why do you think readers will be drawn to your male lead?

Joyce: Feydor’s childhood in Russia was so traumatic that I think many readers will empathize with him—at least up to the point where he lets hatred consume him! Feydor shares the universal human need to please a parent, which in his case is carried to the extreme as he seeks to avenge his father’s death. I think readers will identify with his quest to distance himself from the criminal class and the pain he feels on behalf of his father.

Selena: Can you tell us a little about the first Jo Epstein mystery?

Joyce: ASK THE DEAD introduces Jo Epstein, who in this first book untangles a web of money-laundering, kidnapping and murder that extends from New York City to a Caribbean island. I had lived on the west coast for many years and it was fun to return to my New York roots to weave this story. Maybe this is why some reviewers have remarked that in this book, New York becomes a character in its own right. ASK THE DEAD is still available as a trade paperback and was recently published for the Kindle and the Nook by Ampichellis Ebooks.

Joyce invites writers and readers to discuss the settings of their favorite novels of suspense at “The Place of Place in Mystery Writing” http://joyceyarrow.blogspot.com/ 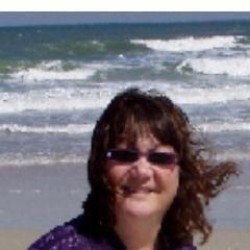 Samhain author Selena Robins considers herself to be a dragon slayer, chocoholic, loves her family, friends, laughing & writing sassy heroines and caliente hero's. Her published books are as eclectic as her taste in reading, from romantic comedy, paranormal to her work in progress a suspense thriller.