Jonathan Maberry is making the transition from bestselling thriller writer to brand name. He’s written a Stoker Award-winning Horror series (The Pine Deep Trilogy), the wildly-successful, genre-creating Joe Ledger thriller trilogy (Patient Zero, Dragon Factory and next year’s King of Plagues) which has been called “Michael Crichton meets 24,” and which has been snapped up by Sony Pictures for development as an ABC Television series. Along the way he’s also written dozens of short stories and essays and a string of nonfiction books, the last five dealing with myths and legends of the supernatural, such as the Stoker Award-winning Cryptopedia (2007). Comic book fans know him from his work onPunisher, DeadPool, Black Panther and many other popular Marvel series.

Bestseller Tess Gerritsen writes, “Every so often, you discover an author whose writing is so lyrical that it transcends mere storytelling. Jonathan Maberry is just such an author, and his writing is powerful enough to sing with poetry while simultaneously scaring the hell out of you.”

Jonathan’s latest thrill ride into our collective fears is a two-book YA series that starts with Rot and Ruin, coming in September from Simon and Schuster. Jonathan made some time for The Big Thrill earlier this week to tell us about his new book:

Tell us about Rot & Ruin.

It’s a dystopian coming of age story set fourteen years after an apocalyptic plague that wiped out most of humanity.  Specifically a zombie plague.  I riff off of the basic set-up in Night of the Living Dead but I explore what it’s like to grow up in the world after everything’s gone to hell.  There are only about thirty thousand people left alive, living in small towns scattered along the Sierra Nevadas in Central California.

In Rot & Ruin we meet fifteen year old Benny Imura.  His parents died during First Night -the initial outbreak–and he lives with his older half-brother, Tom, whom he hates and believes to be a coward who ran away and left their parents to die.

Tom is a zombie killer, a bounty hunter of a kind called a ‘closure specialist’.  He’s contracted by people to find relatives or friends who have become zombies.  Tom reads the last letter from the family and then puts the zom down.

Is Tom a coward?  Turns out that Benny needs a job and can’t find one, so he has to apprentice with Tom or the town will cut his rations.

Lots of zombies.  Three hundred million of them in the US alone, and they are the classic George Romero slow, shuffling variety.

This isn’t a body-count book, though.  It’s not a video game kind of thing where you rack up unlimited kills.  You approach it from a different perspective.

Part of the novel is an exploration of what it means to be alive.  In order for Benny to understand who and what he is, in a world where death is the most common topic of conversation for everyone, he has to understand what zombies are.  The first time Tom takes Benny past the town’s fences and into the great Rot & Ruin (which is what the survivors call the rest of the world), Benny is confronted with situations that force him to re-evaluate what he thinks he knows about the world.

The zombies are a threat throughout the book, but it’s not about killing them.  As you say, that’s video game stuff, and it’s dehumanizing.  It disrespects the person each zombie had once been.

The principle threats in the story are other bounty hunters.  People who may not share Tom Imura’s values.

There are a couple of real classic bad guys in the book -Charlie Pink-eye and the Motor City Hammer.

Charlie and the Hammer are tough, charismatic, and dangerous.  They also have an agenda that is ultimately much darker and more terrible than being bitten by a zom.  They were a lot of fun to write.  Larger than life characters who are ultimately grounded in very real motivations.

Is Rot & Ruin an adult novel or a YA?

Both.  I wrote it as a dystopian thriller with no specific audience in mind.  Like all of my books, I wrote it to entertain and please me.  However, once we started shopping it, ROT & RUIN seemed to resonate with people of all kinds -different age groups, both genders, wildly different demographics.

This started out as a short story, though, didn’t it?

A short novella or long story.  Not sure what you call something that’s twenty-thousand words in length.  I wrote it first as ‘Family Business’, for The New Dead anthology edited by Christopher Golden (St. Martins Griffin, 2010).  As soon as I finished it I sent it to my agent, Sara Crowe (of Harvey Klinger, Inc) for her opinion.  She doesn’t handle my short stories but she likes to read them because she thinks that some of my shorts read like openings to novels.  This is a great case in point.

She read the short and said, ‘Hey, this is the opening to a YA novel.’

I had never even thought about YA even though the protagonist -Benny Imura–is a fifteen year old kid.  I thought the story was too intense, too edgy, and too violent for teens.  Sooo…she gave me a reading list of the novels teens are reading these days.  I went out…read a slew of them…and I’m not sure I’ve recovered yet.

Wow.  Teen novels have FINALLY grown up to the point where they respect the intelligence and life experience of teens.  These novels don’t talk down and they don’t soften the blow.

What books did you read?

THE HUNGER GAMES by Suzanne Collins.  That’s an eye-popping novel.  THE UGLIES by Scott Westerfeld, I AM NOT A SERIAL KILLER by Dan Wells, DOING IT by Melvin Burgess, FREEWILL by Chris Lynch, UNDER THE WOLF UNDER THE DOG by Adam Rapp, YOU DON’T KNOW ME by David Klass, STAINED by Joanne Hichens, and VINTAGE: A GHOST STORY by Steve Berman.  Others, too.  Great stuff.

Rot & Ruin is the kick-off for a series?

Simon & Schuster bought two books, and I just completed the sequel, Dust & Decay. Can’t really talk about where that goes without giving away spoilers for the first book.

Do you have more stories to tell?

I could tell stories in that world forever.  Benny’s only fifteen, and the two books cover a seven-month span of his life.  Each one focuses on a different aspect of the ‘coming of age’ concept…but there is so much more to tell.

Your other novels are high concept but also character driven.  Is that the case with Rot & Ruin?

Absolutely.  Characters come first.  If they aren’t real, then their needs, actions, and reactions aren’t real.  For me -as both reader and writer–all good stories start and end with characters.

Writing Rot & Ruin allowed me to visit a completely different set of characters than those in my Joe Ledger novels.  These are people who share a massive cultural trauma -the death of most of humanity and the fall of established civilization.  That trauma informs every character and ever relationship in the book.  And it allowed me to explore the nature of heroism, villainy and humanity in ways I couldn’t in the science-based action thrillers like Patient Zero and The Dragon Factory.  I love switching back forth between two series.

In March of 2011, St. Martins Griffin will release THE KING OF PLAGUES, the third (and wildest) of the Joe Ledger novels.  It deals with a secret society using weaponized versions of the Ten Plagues of Egypt.  And in June of next year, Griffin will release DEAD OF NIGHT, a standalone zombie novel.

Then I have KLAWS OF THE PANTHER, a four issue limited series starting in October, which pits the new female Black Panther against the villain who killed her father.  Guest stars include Wolverine, Spider-Man, Black Widow and Storm.

And in January we’ll launch CAPTAIN AMERICA: HAIL HYDRA, a five-issue Marvel event in which Cap goes up against the secret terrorist organization, Hydra -and we learn that Hydra is an ancient order of alchemists searching for the key to immortality. 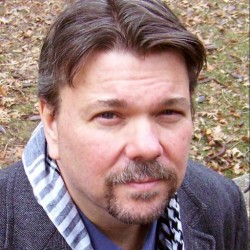 Latest posts by Dennis Tafoya (see all)
0
No Comments Yet