In debut author Kristina Schram’s The Chronicles of Anaedor: The Prophecies, strange things happen to fifteen-year-old Lavida Mors. Maybe that’s why her father sends her away to Portal Manor, a mysterious family estate she has never seen. Lavida quickly discovers that not everything at Portal Manor is as it seems when she stumbles across a secret passage to a hidden world–Anaedor.

While trying to escape the dark realm with the help of her friends, Lavida must battle overgrown sharp-toothed leeches, survive a poison arrow and outwit a giant, all the while trying to convince the hopeful populace of Anaedor that she is not the savior they believe her to be.

“An amazing adventure to a unique and mysterious subterranean world.” –Jeremy Robinson, bestselling author of Raising The Past and Antarktos Rising

What was the inspiration for writing your novel?

The idea of Anaedor first came to me while attending graduate school in Akron, Ohio.  Being both a grad student and a country girl, I was in desperate need of a space that didn’t involve trying to decipher an incomprehensible research article.  Luck was on my side.  That fall, smack dab in the middle of the city, I discovered a huge park filled with giant hills, acres of woods and babbling brooks.  I was thrilled!  One day, as I walked through the woods (and yes, I strayed from the path), I started to imagine an entire, undiscovered world existing beneath my feet.  My feverish mind wondered if its citizens knew that I was above them.  Were they watching me as I jumped from rock to rock?  Shiver.  Then I started to think about who these creatures might be.  Perhaps they were elves and fairies and goblins and they were hiding out from us humans.  Could it be?  Why not?  Why do we have stories about mythical creatures if they didn’t once exist?  The question is:  Do they exist now?  The answer to this questions remains elusive so I thought I’d make up my own story about what might have happened to the fey folk, only with lots of adventure and excitement.

Much of Anaedor takes place in caves. Why did you choose a subterranean world?

What better place to hide out, right?  Also, when I was a little kid, my parents took us to Crystal Cave in South Dakota.  My dad carried me on his shoulders down these really steep steps, which freaked me out a little bit–talk about vertigo.  Still, I never forgot that amazing cave and how mysterious it seemed to my young mind.  Whenever I have a chance, I visit caves.  Last summer I went to Howe Cavern in upstate New York.  There are some small caves here in New Hampshire, as well.  (I believe Rhode Island is the only state in our country without any known caves.)  My personal favorite cave in New Hampshire is Lost River Gorge in North Woodstock.  There is one awesome spot where you have to pull yourself through the height-challenged space while lying on your belly.  To your right a stream, which looks like it could overflow at any second, rushes by you.  As you inch along, you pray fervently there will be no flash floods.  Currently I’m on a personal mission to visit caves wherever I go, and get the t-shirt as proof.  So far, I have one t-shirt.

What are some of your favorite authors/books?

I’m a bit eclectic when it comes to reading (I’m one of those people who reads the back of cereal boxes), but I have always loved C.S. Lewis (The Lion, the Witch and the Wardrobe is my favorite), J.R.R. Tolkien, and Madeleine L’Engle.  I also love anything by Daphne du Maurier.  I am a Gothic fiend, which means I love the combination of thrills, romance and mystery all in one story.  I love The Secret Garden by Frances Hodgson Burnett and I Capture the Castle by Dodie Smith (she wrote 101 Dalmations).

How did you decide to become a writer?

I’m in it for the money. Ha!  Actually, becoming a writer seems to always have been in my mind.  I’ve been a voracious reader all my life, and so it seemed a natural path to follow.  Of course, I took a roundabout way to get here, but I always knew I was going to write books.  When I was twelve years old I scribbled in my journal that when I grew up I was going to live in Maine and be a writer.  Except I live in New Hampshire, which is pretty darn close.

Read, of course.  I also like photography, painting (well, making messes on paper, but very colorful messes), learning about other countries, reading about British royalty.  Some day I want to visit England and Ireland and Wales, too.  Being an American mutt, I have all of those nationalities in my ancestral line.  I also like walking in the woods with my chocolate lab, Dorrie, but we tend to encounter a lot of wild creatures on the way.  So far, a bear, a big deer, a porcupine, and an otter have crossed our path.  I sometimes feel like my life is one long adventure, and not all of it is fun…until later, when I’m safe and sound and can tell stories about what happened.

The Chronicles of Anaedor is a four-book series and while I have all four books written, they need some serious editing.  I’m also writing a trilogy (I’m on book 2) starring my 3 sons, only as teenagers.  So far the books seem to have enough fantasy, adventure, mystery and thrills to satisfy my boys–they’re tough critics–and they’re fun to write because I have to try to capture their essence on paper.  I’m also working on a series of gothic fantasies.  In my spare time (ha), I keep busy doing what I can to promote literacy–working as Director for Human Resources for New Hampshire AuthorFest (a non-profit pro-literacy organization run by a group of authors), and running writing workshops for local schools.

Kristina Schram has a Ph.D. in Counseling Psychology and enjoys incorporating the mysteries of the mind into her books. She fits her writing in between raising three boys, spending time with her hubby, and taking care of 3 cats and a dog. She has been writing ‘books’ since she was a mere youngin’ (the first was a birthday wish list–a castle was mentioned, I believe). She enjoys photography and greening up her life for a better tomorrow. She and her family reside in the state of New Hampshire, where you can live free or die. It’s up to you! 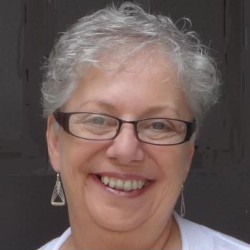 Karen Dionne is the internationally published author of Freezing Point, a science thriller nominated by RT Book Reviews as Best First Mystery of 2008, and Boiling Point, about an erupting volcano, a missing researcher, and a radical scheme to end global warming. Karen is also cofounder of the online writers community Backspace, and organizes the Backspace Writers Conferences held in New York City every year.